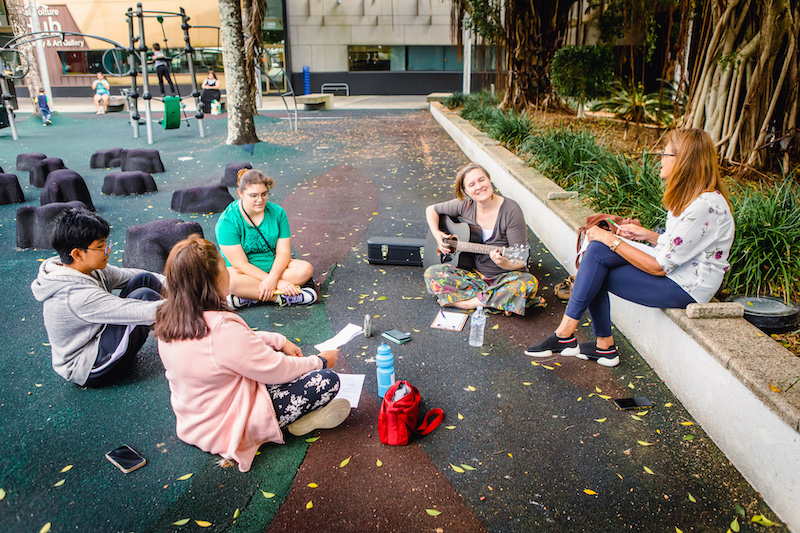 In early April, I participated in a collaborative project between the University of Qld and Moreton Bay Regional Council, Songify Your Day. The UQ School of Music united with Community Action for a Multicultural Society program run by council to bring together 25 people from culturally and linguistically diverse backgrounds. The researchers and academics were looking at wellbeing in response to a collective creativity practice: songwriting. Over four days, the research team created small groups, gave us various collaborative songwriting tasks and measured physical responses with wearable devices before unleashing us onstage for a public performance of the songs we created during the week. There was loads of computers and cameras and recording devices and wires and social scientists and weirdly... music! My role in the research project was as a "community musician" - someone from the local community with experience as a songwriter.

I had a blast participating. It was uplifting and energising making music for the sheer joy of making music. I'd almost forgotten how much fun singing with people can be (the fastest way to bliss they tell me)! I loved learning from the people I worked with, not only more about specific challenges faced when emigrating to a new country (ie. isolation and language barriers), but about their relationship to "home" and a little about what it must be like to lose that and start all over from scratch. I learned about Egyptian preserved lemons and special sticky rice treats from the Philippines. I learned a Moroccan pop song in French, some Thai dance moves and boogied my butt off to a Bollywood ballad. I loved seeing folks in traditional dress from their homelands and sharing in the buzz and excitement of being part of a brand new performance at the end of the week. Having the performance to work toward was a wonderful thing - yes we were each participating because we love music but there was also a tangible outcome we could invite family and friends into and a record of the joy of music we could look back on the future.
I was also awakened to my reliance on the written word to communicate ideas, and to use pen and paper to write songs over the simple aliveness of making sounds that are non-verbal such as oooohs and aaaaahs or using physical demonstrations and body language to communicate. I take it for granted that others can read and write English as I do and this is ignorant. Understanding some of the barriers that can exist around understanding English but not speaking it well... or speaking it well but not being confident in reading or writing skills... forced me to be more creative and use different approaches to facilitate connection and music-making in my group where each participant was from a different country.
I was blessed to be reminded of the incredible gift of music - how we don't need language to appreciate it, to enjoy it or to participate in the making of it. Music belongs to everyone equally and it's a powerful and necessary contribution to wellbeing. Below are some highlights from the workshop and the final performance for Songify Your Day.
[Images and video credit Mish Gonsal, Moreton Bay Regional Council and UQ School of Music.] 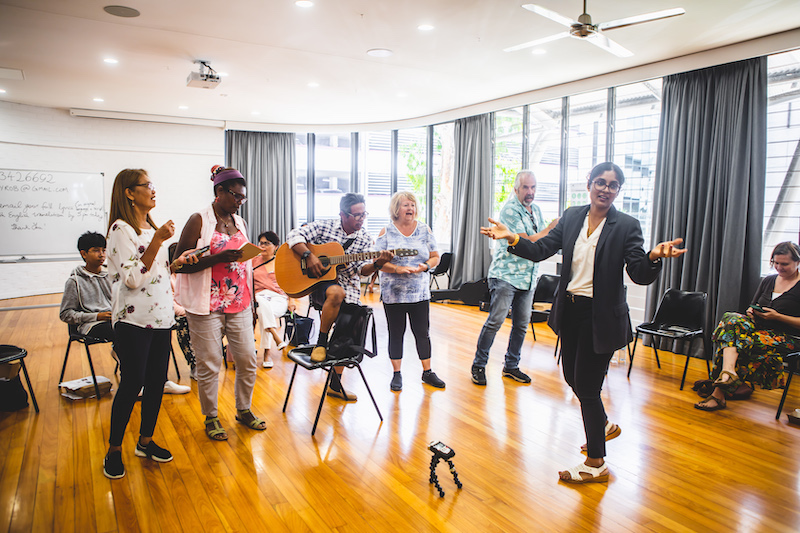 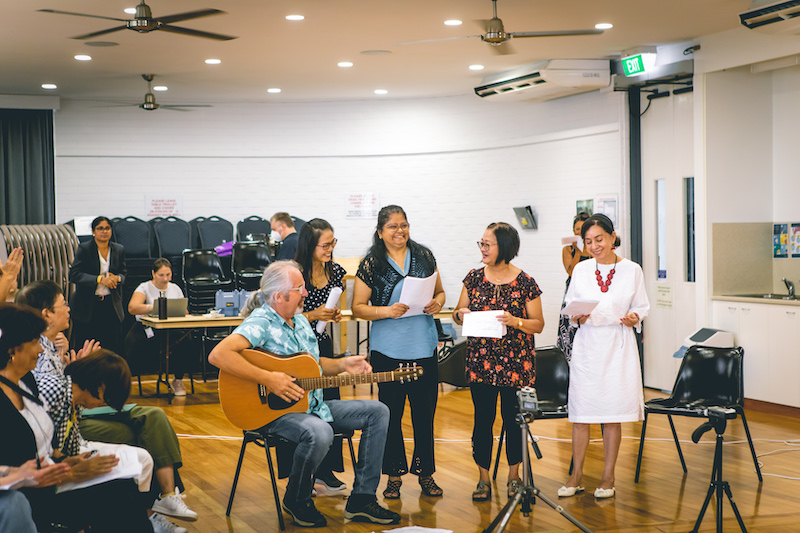 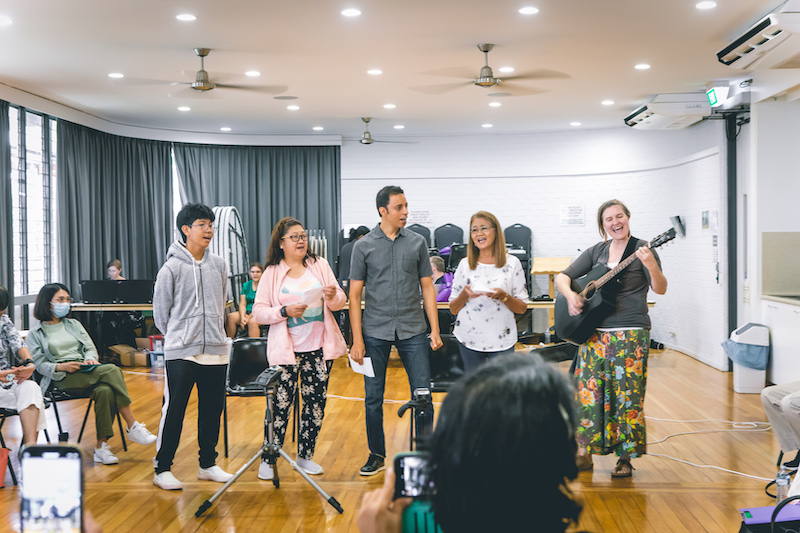 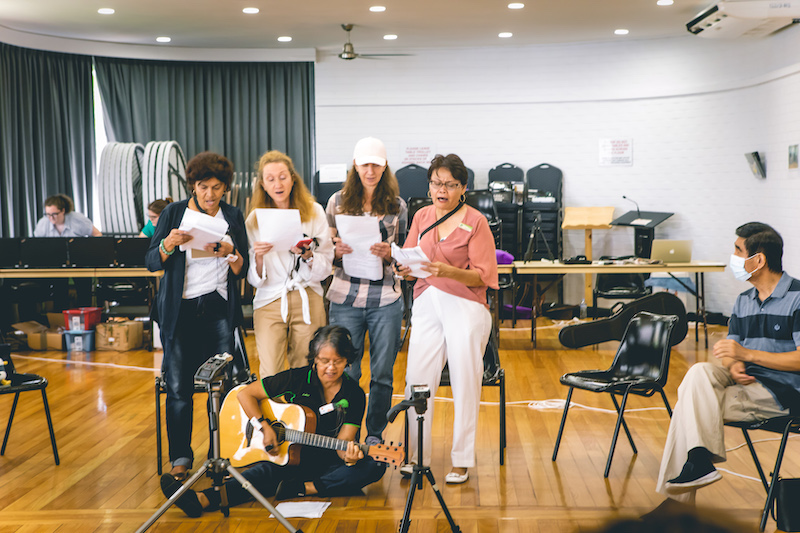 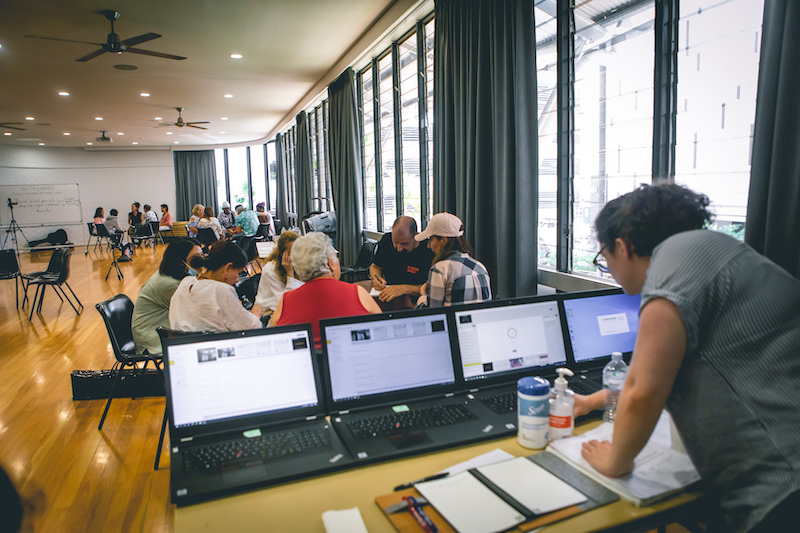 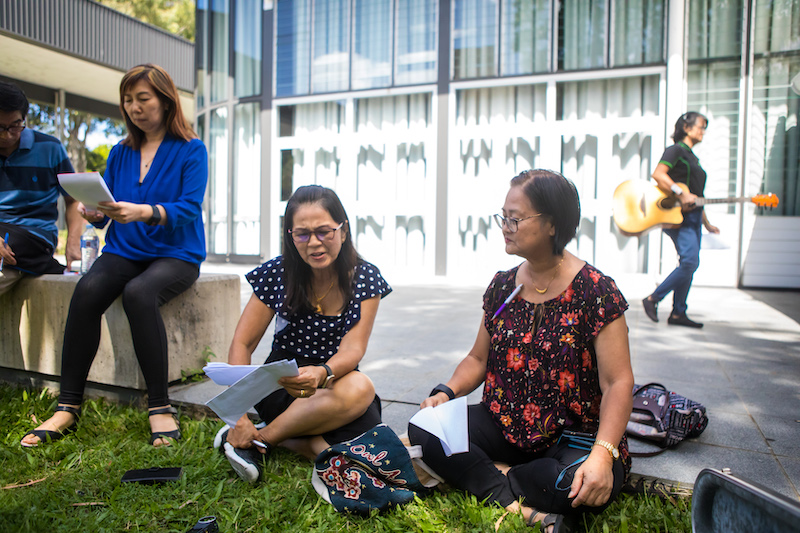 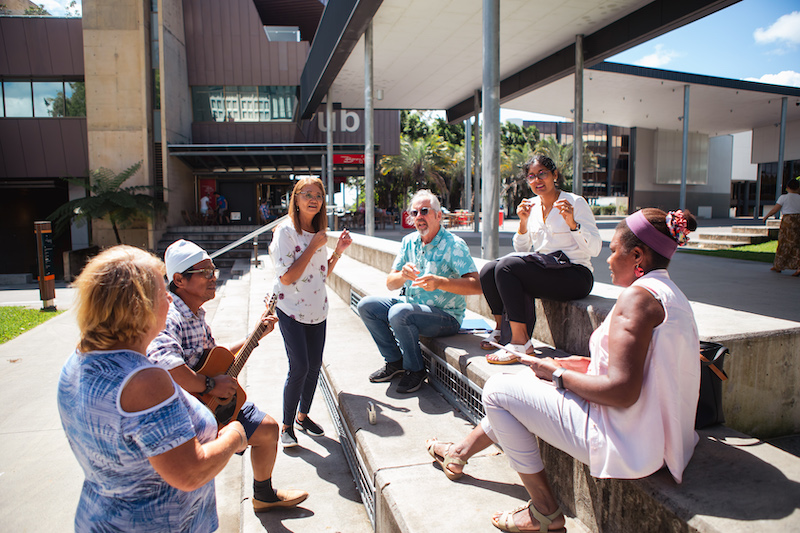