Songwriters who are visual artists

Continuing to bounce ideas around for the conceptual development of my album, I did some research and found the songwriters below. All of these artists inspire me greatly with their music and visual art and refusal to choose just one thing. As well as the below, honourable mentions to the visual art of musicians goes to Miles Davis, David Bowie, John Mellencamp and Marilyn Manson.

"Alongside his prolific career as a singer-songwriter, Leonard Cohen has been a poet, a novelist, a monk in Los Angeles, and, perhaps most obscurely, an artist. Of the many roles the Canadian has played beneath his iconic hats, the 40 years of drawing in notebooks or later on a computer have remained mostly privately. In recent years he’s exhibited prints of this work." (source) 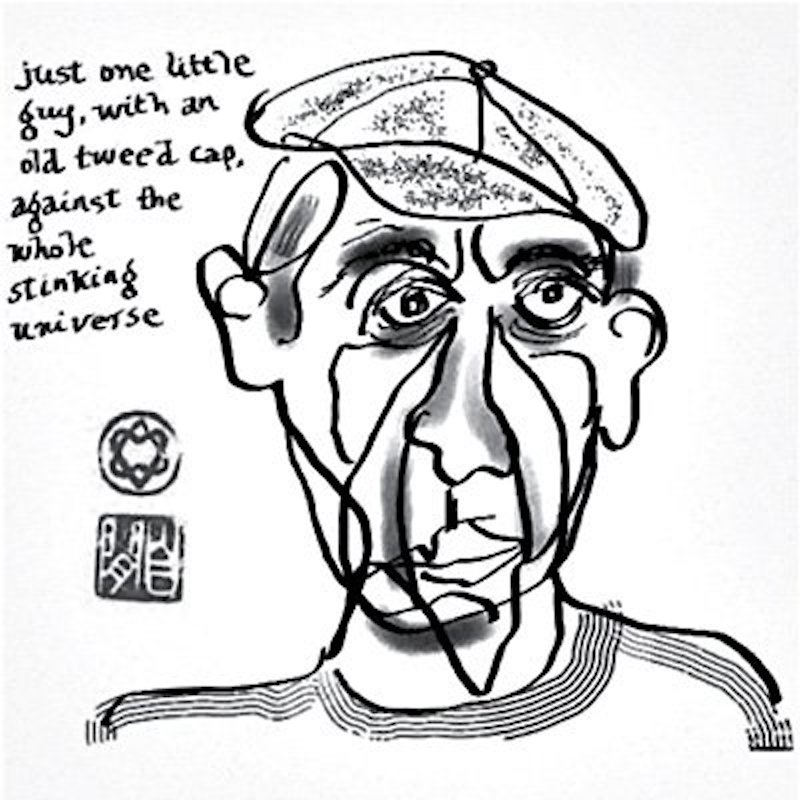 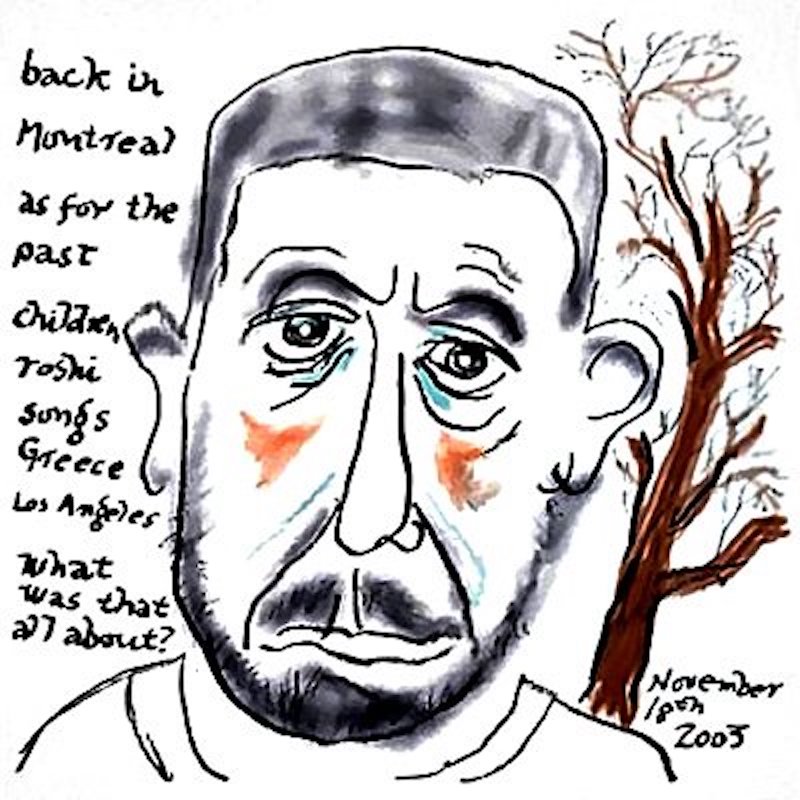 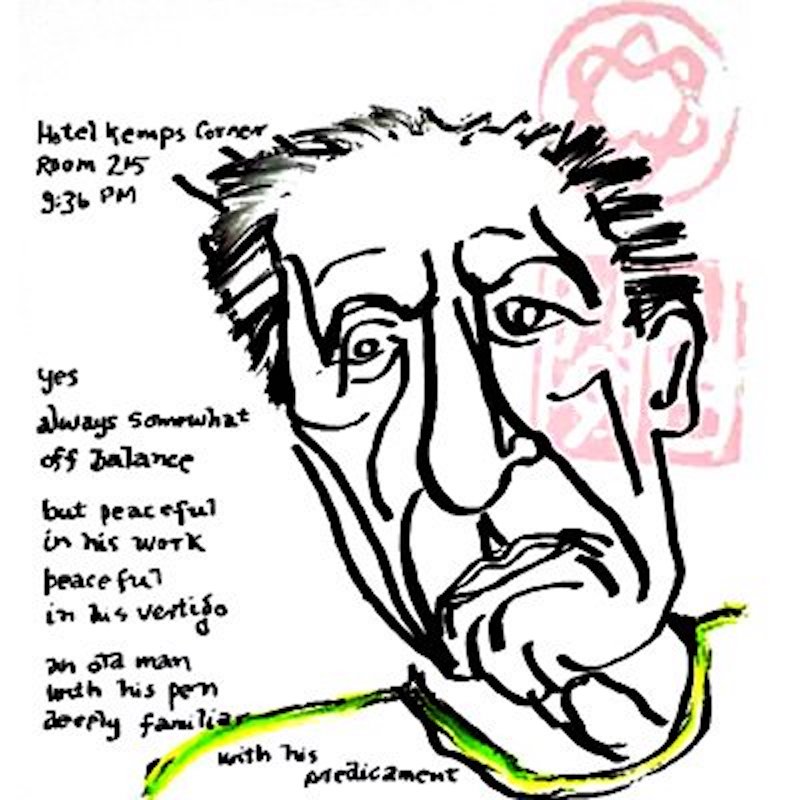 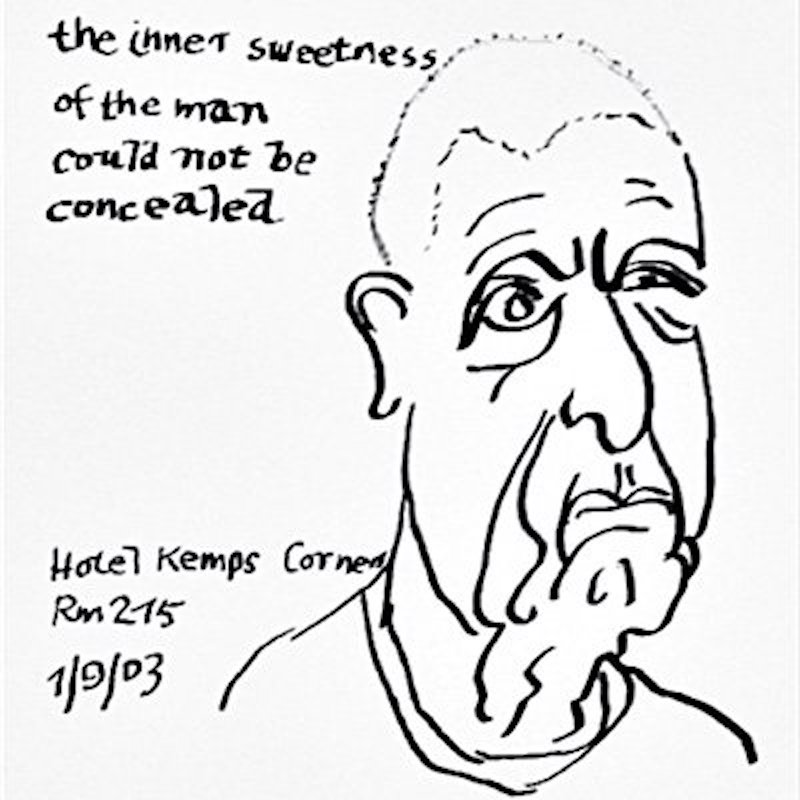 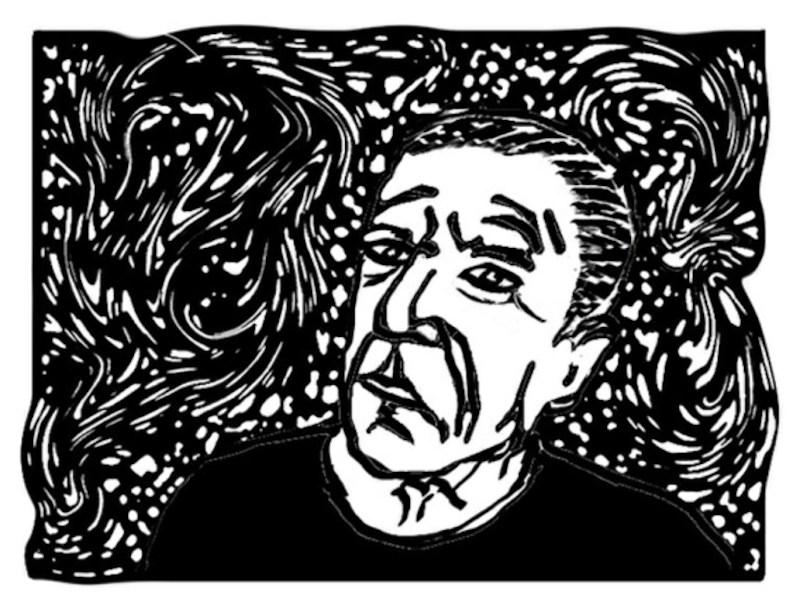 Musician. Performer. Poet. Punk. Author. Songwriter. Painter. Photographer.
“Patti Smith isn’t an artist who is easily categorized. She moves fluidly through the genres of music, visual art, and language. Her work and her career defy the traditional boundaries of both the art and music worlds. To understand Smith’s work is to understand the organic quality of what she does.” – John Smith, curator.
“The moment of creative impulse is what an artist gives you. You look at a Pollock, and it can’t give you the tools to do a painting like that yourself, but in doing the work, Pollock shares with you the moment of creative impulse that drove him to do that work. And that continuous exchange—whether it’s with a rock and roll song where you’re communing with Bo Diddley or Little Richard, or it’s with a painting, where you’re communing with Rembrandt or Pollock—is a great thing.” - Patti Smith (source)

“Many of my drawings are the result of merging calligraphy with geometric planes, poetry and mathematics.” - Patti Smith

"[In all of Smith’s books . . . ] her Polaroid pictures accompany her evocative texts, creating a captivating journey in art that demonstrates Smith’s knack for effortlessly interweaving different art forms with each other." (source)

"Anderson is a classically interdisciplinary artist, drawing on the forms, techniques and strategies of many different art forms and expressing herself across a huge array of different mediums. Performances, music, installations and film works are often autobiographical in nature, and encourage a sense of intimacy with the viewer through her characteristically meditative tone and calm delivery. Despite this calmness, Anderson's work often features political content and engages with societal issues. Her work often involves mediating and changing her own voice as she tells stories and narrates her thoughts, framed by the striking images she creates through props, costumes and the innovative use of projection and lighting. Her artworks therefore often have a futuristic, almost science-fiction aesthetic." (source)

“I’m a painter. Always have been. A painter derailed by circumstance.” - Joni Mitchell (source)

{in 2000 . . . ] "The Mendel presented more than 85 works, matching them with illuminated enlargements of the artist’s lyrics and poems, and the gallery was flooded with the sound of Mitchell’s voice, in song.
All worked together, as Mitchell calls her songs “audio paintings.” In one of the most famous, “A Case of You,” she wrote “I am a lonely painter, I live in a box of paints.” Gilles Hébert, director of the Mendel and curator of voices: Joni Mitchell, told Brooke “She will talk about colour chiming or tension built up because of discord….She talks about harmony, she talks about resonance. These are the terms she uses to describe her art.”
Some of Mitchell’s paintings have a direct reference to music and musicians: Mingus Down in Mexico, Round About Midnight, Black Orpheus. Others—Homage to Matisse, Georgia O’Keefe’s Rainbarrel—salute painters. And then there are pictures that carry the titles of Mitchell’s songs and albums: Both Sides 1 and 2, Taming the Tiger." (source)

"Dylan dates the origins of his work as a visual artist to the early 1960s. A few drawings reached the public gaze with album covers like Music from Big Pink (1968) and Self Portrait (1970). In 1974, Dylan spent two seminal months studying art with Ashcan School tutor Norman Raeben, who philosophised the importance of 'perceptual honesty' - painting life as it as seen, not imagined. Dylan says of this time: "He put my mind and my hand and my eye together, in a way that allowed me to do consciously what I unconsciously felt." (source)

[In the show, Bob Dylan: 60 Years of Creating . . . ] "Alongside Dylan's original paintings are silkscreen prints and ironwork sculptures as well as lyrics and drawings from the Mondo Scripto series - a selection of his most renowned lyrics handwritten in pen on paper and accompanied by a pencil drawing. In these works, Dylan often changes his lyrics, sometimes just tweaking a few lines, and in others, presenting completely rewritten verses." (source)

In 2009, Eno projected his work 77 Million Paintings onto the Sydney Opera House. 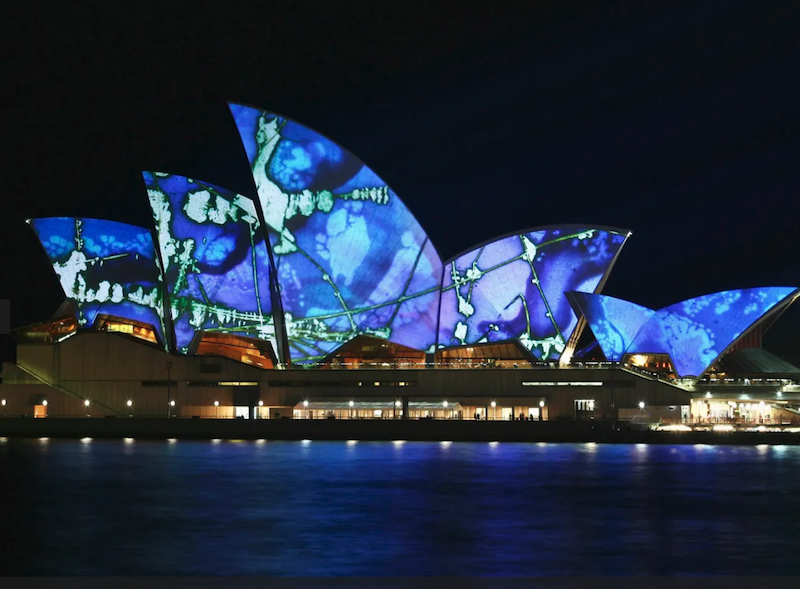 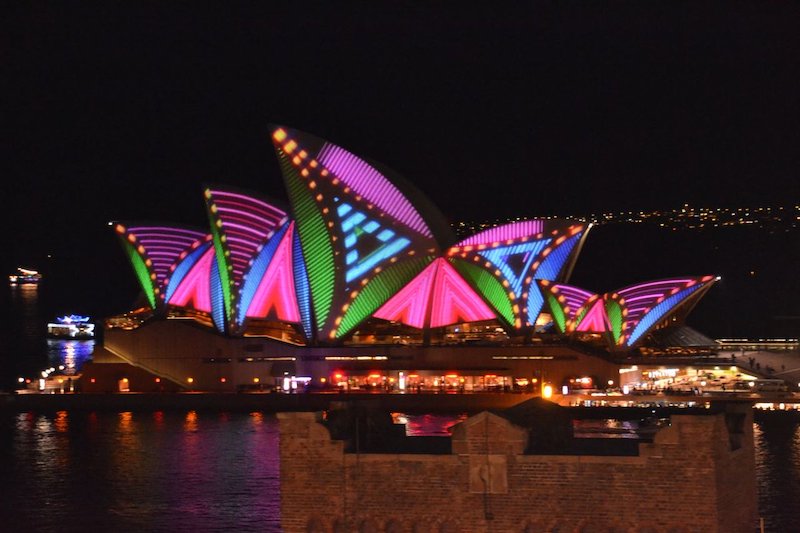 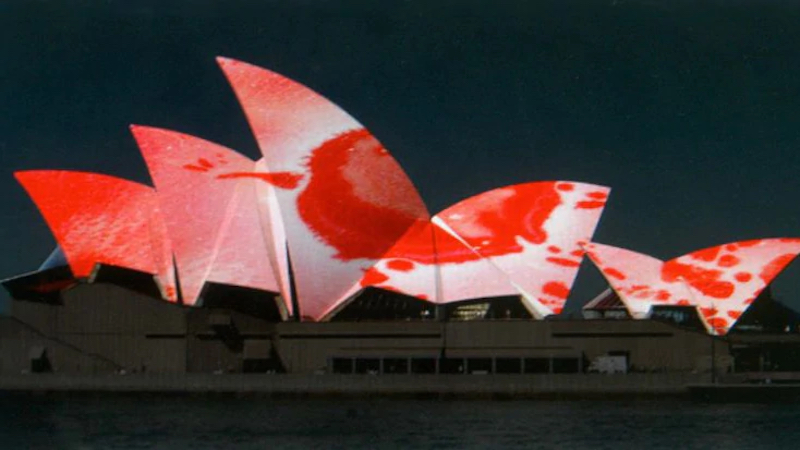 Musician. Performing artist. Poet. Author. Screenwriter. Composer.
"Stranger Than Kindness: The Nick Cave Exhibition contains handmade books and artworks created throughout the 80s: These items offer a glimpse into Cave’s obsessions, contradictions and state of mind of the time. The pictures are made from blood and hair and glue and found objects, such as pornographic photographs, religious prayer cards, kitsch lenticular prints, and lyrical ideas." (source) 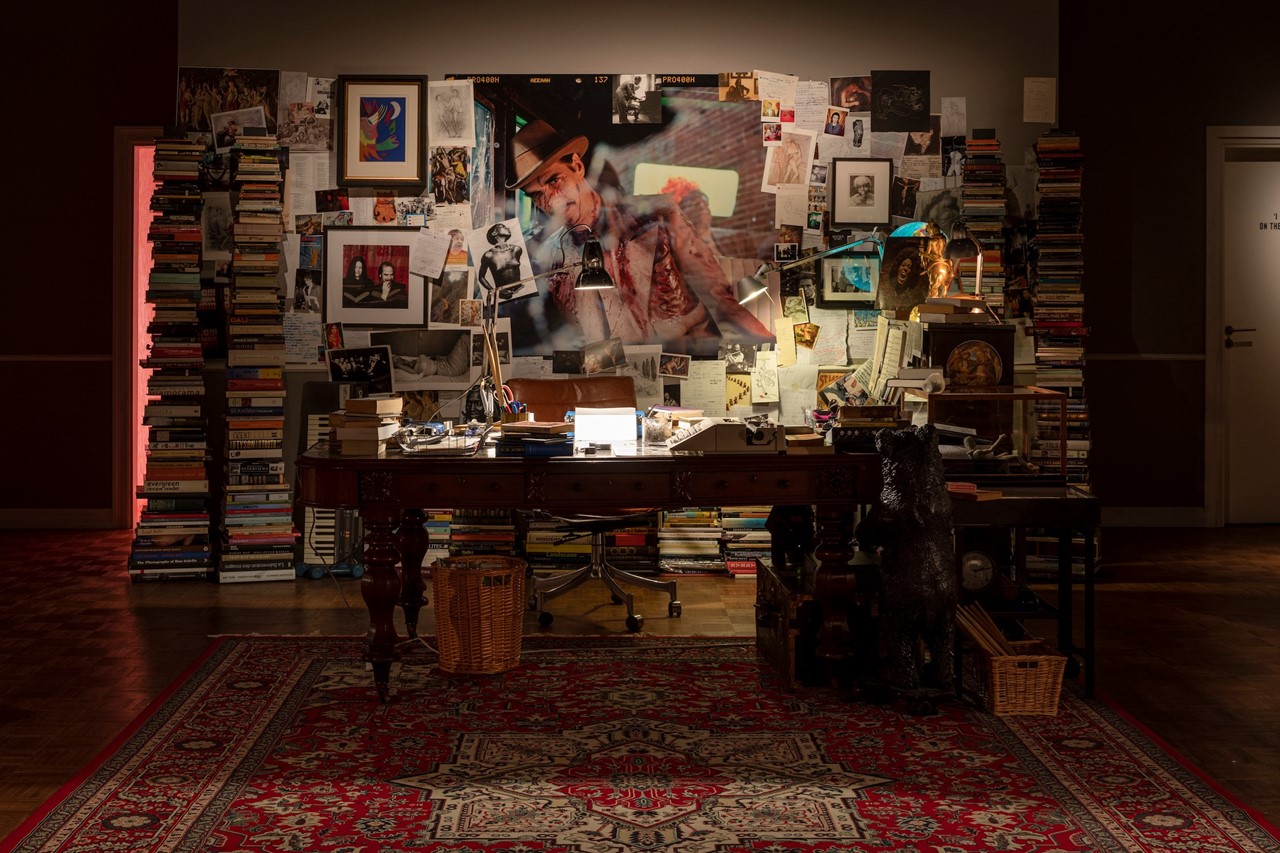 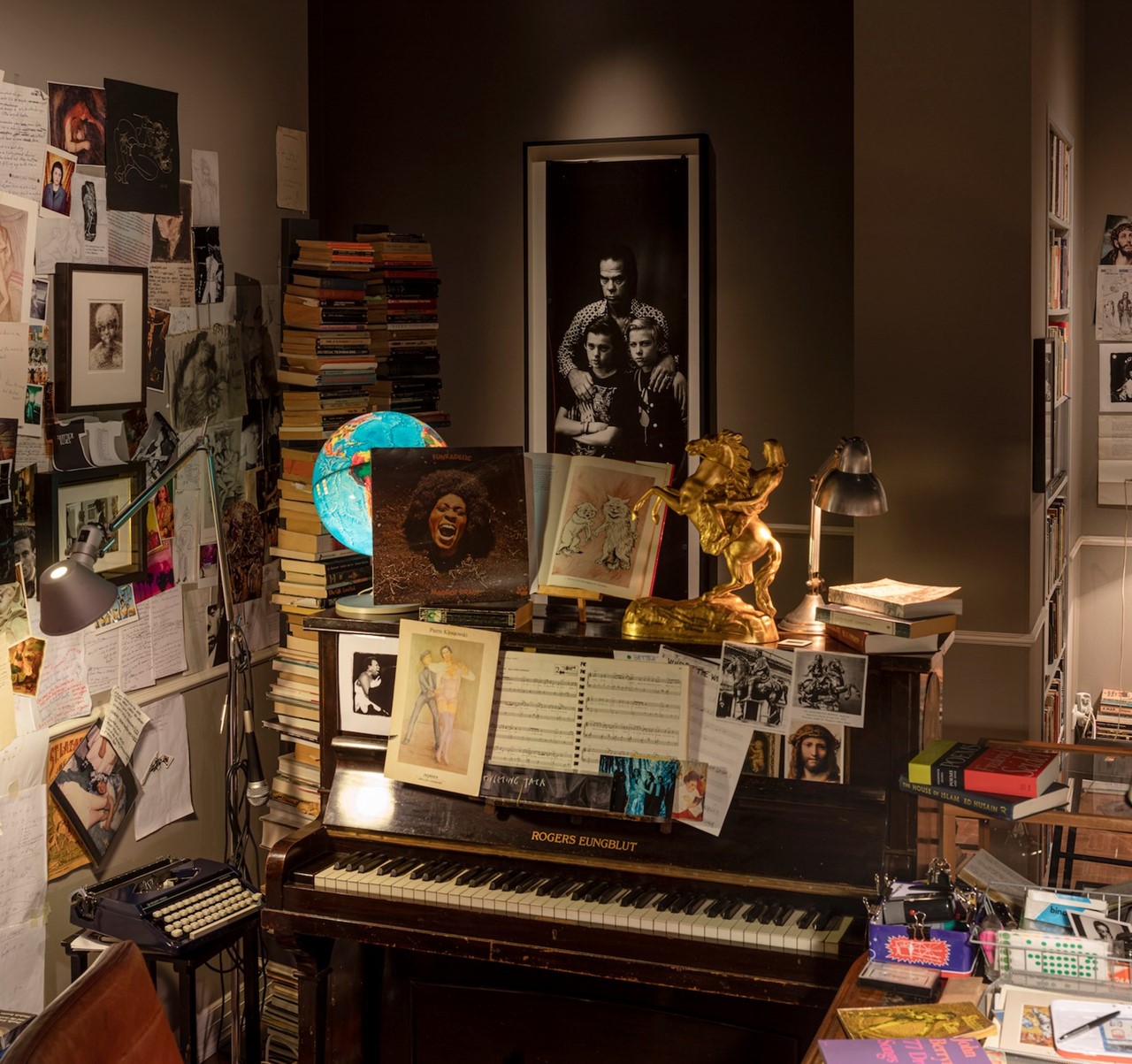 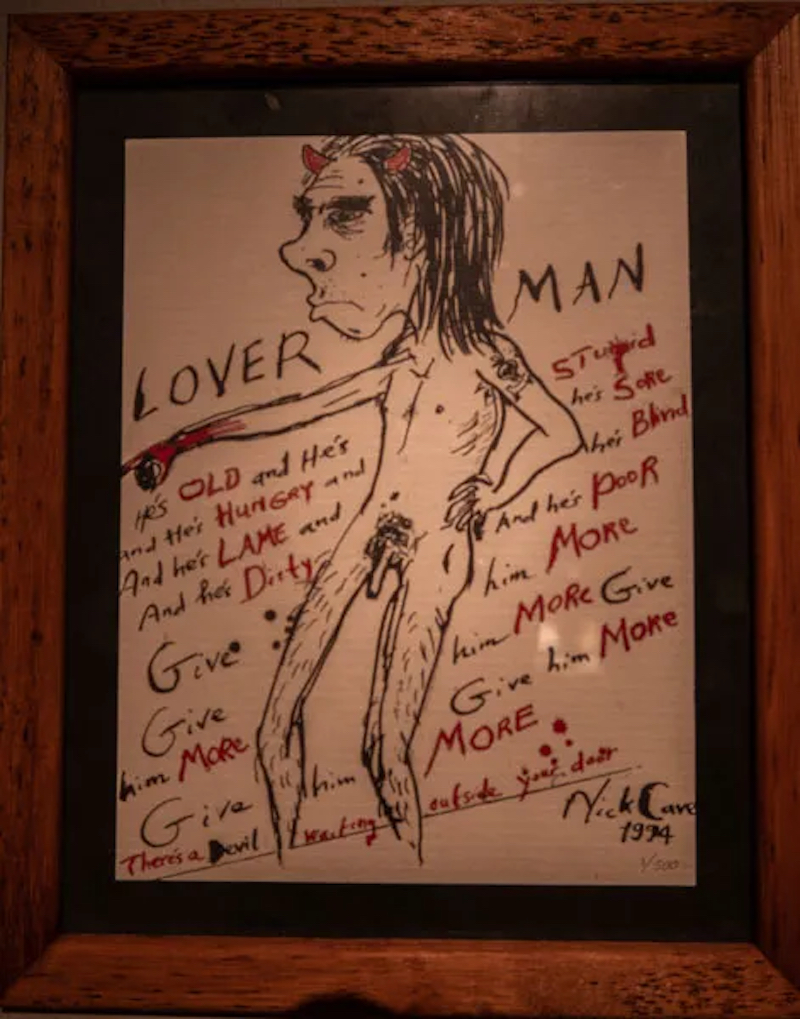 Stranger than Kindness. the book is a wild journey though the vast and deep mind of Nick Cave and brings together archival photographs. visual art, lyrics and creative process. 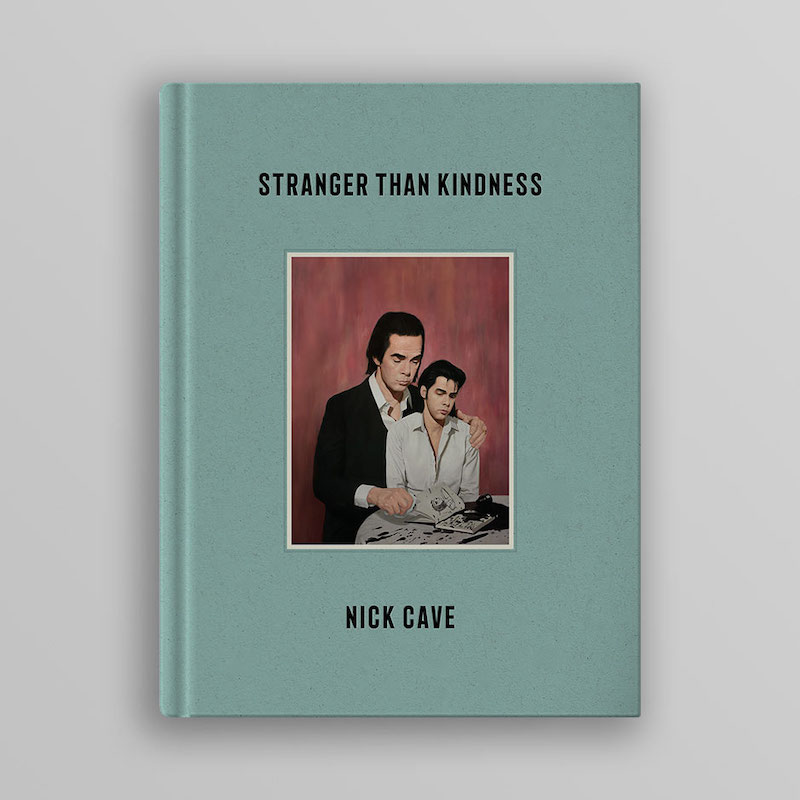 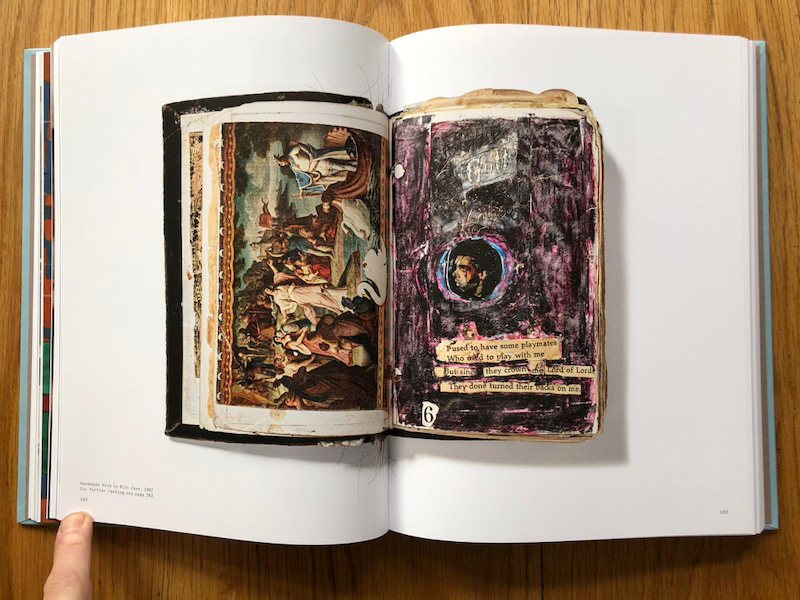 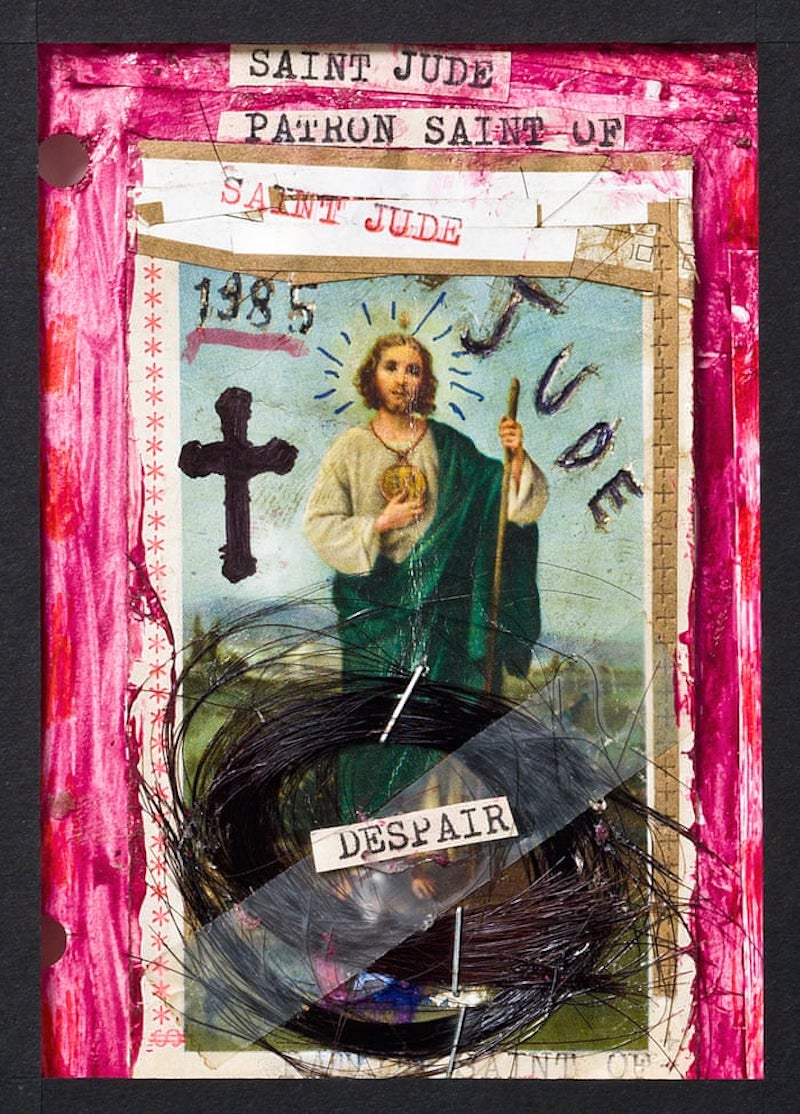 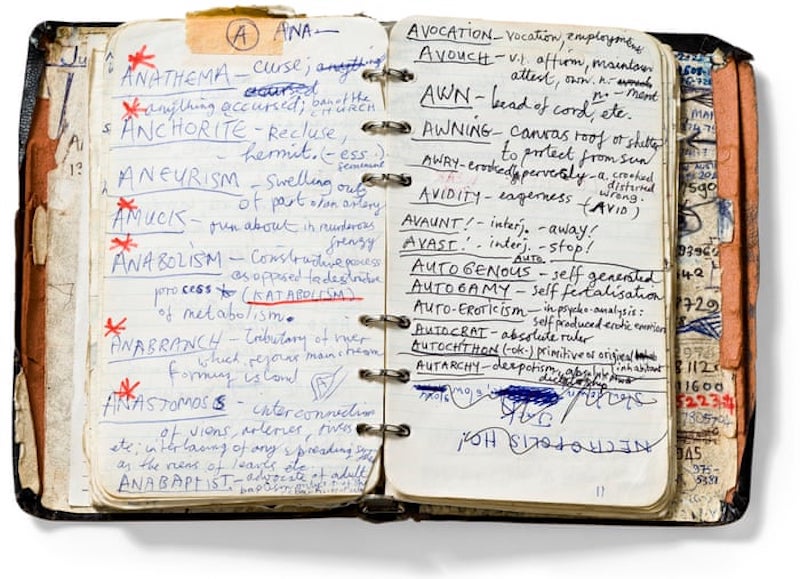