1. Has your project changed from submitted proposal? If so how and why? (i.e. refocus, removal of content, additional/new content, Key thematic)

Yes. My key thematic has shifted from the spiritual to focus on the experience of the body - the body making the art and the body viewing it. It's impossible to discuss grief and loss (and maybe any other subject?) without considering the body as unique and individual. After reading a little of Rosalind Krauss Yve-Alain Bois in "Formless: a user's guide", I'm also deeply interested in what it could be to create an experience through art beyond the body, beyond form: an experience that invites a loss of awareness of the individual self and individual body... a merging with the formless and infinite.

In addition, Francis Weller's five gates of grief that prompted this project inspire me greatly and I'm realising I need to address them more directly in the making of my final work/s. Still reman in the abstract but give deeper consideration to my personal story of how each gate has opened for me. Perhaps it's a written piece or a title or a photographic essay that tells my story in more concrete terms than I've included in the scope of the project.

2. Who/what is/are the most significant interocular/s for your project? Has this changed, if so why?

The influencers for my project has changed and deepened to connect specifically with grief and loss, time and memory and how other artists have approached these subjects.

Watching interviews with Sarah Sentilles, the author of "Draw Your Weapons" and reading Elaine Scarry's book, "The Body In Pain" also landed me firmly in the realisation that I cannot make a mark without it meaning something. If not in the outside world, at least in the moment of creation inside me. I wanted to experiment with separating the personal from my art but that's impossible. My story cannot exist independently of my artwork no matter how much I'd like it to. As Elaine mentions, art is imagination made visible and "the making of an artifact is a social act" and "art is a fragment of world alteration".

"Born during the closing months of World War II, Kiefer reflects upon Germany’s post-war identity and history, grappling with the national mythology of the Third Reich. Fusing art and literature, painting and sculpture, Kiefer engages the complex events of history and the ancestral epics of life, death, and the cosmos. His boundless repertoire of imagery is paralleled only by the breadth of media palpable in his work." source


“I am driven above all by the question I will never resolve – why I am?” he says. “If you look at the cosmos, it is so huge and it has existed for so long. So, in that context, it is really devastating to think about that big question and realise that you have no idea why you are here. There really is no meaning. But, when I work, I give a meaning to what I do. That is enough.”
- Anselm Kiefer 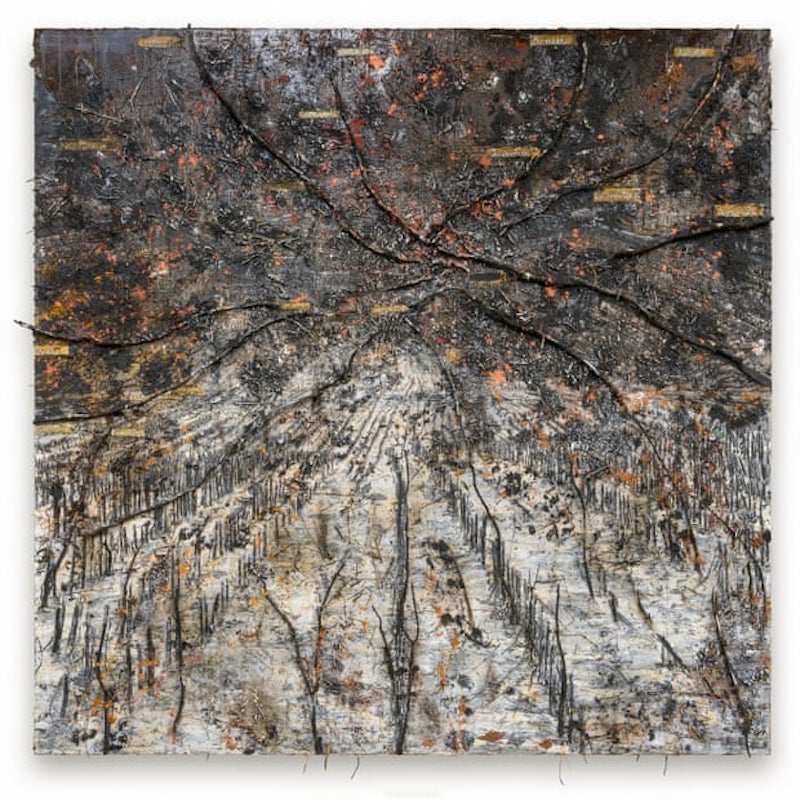 "Memory and transience are Christian Boltanski’s (born 1944 in Paris) major themes. Like no other artist in the international context, he has worked for decades on the connection between life and death—the disappearance of the individual and the desperate human endeavors against forgetting and being forgotten." source

"Perhaps best known for his paintings dealing with loss and memory, Bleckner notably tackled the emotional toll brought by the AIDS crisis in the 1980s. “Life is short. Life goes fast,” he has said. “And what I really want to do in my life is to bring something new, something beautiful and something filled with light into the world.” source 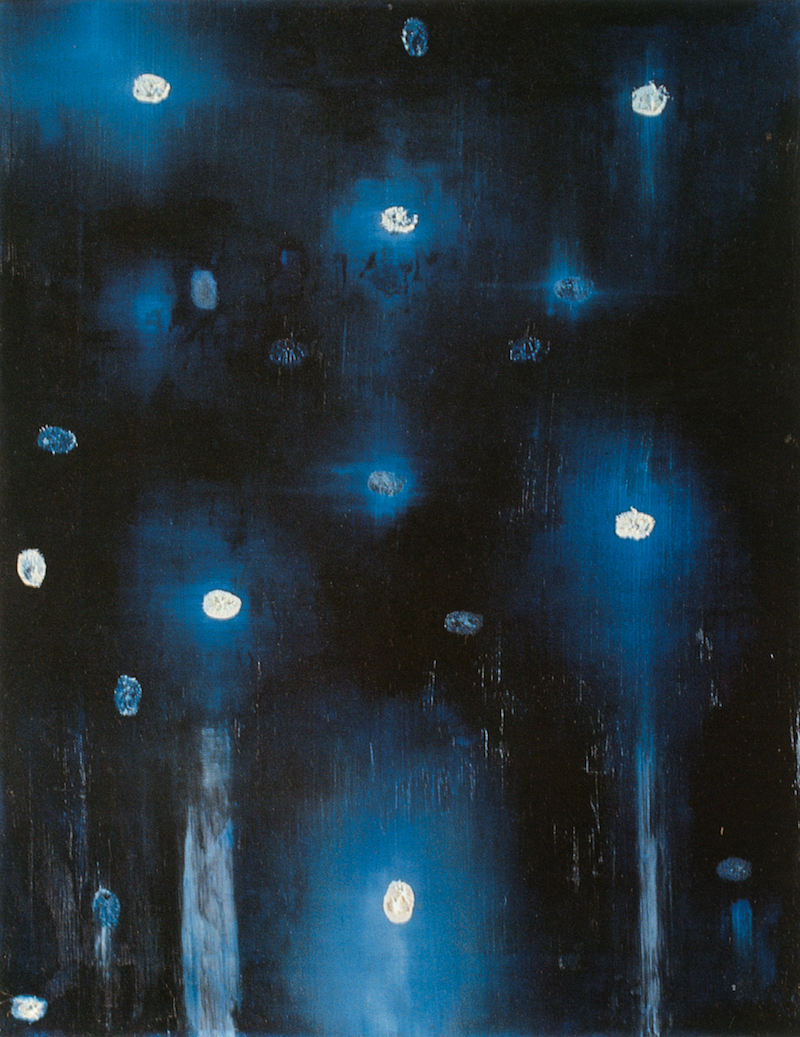 "...he was painting canvases he viewed as memorials, in which candelabras, vases, chandeliers, and rococo motifs seem to float against dark grounds. This imagery was in part a response to the AIDS crisis. Later paintings also manifest his sense of loss stemming from the disease. Some paintings, such as 8,122+ as of January 1986 (1986), bear titles reflecting the number of people who had died of AIDS to date; others are commemorative works dedicated to individuals; still others employ patterns of dots to suggest the lesions produced by AIDS-related sarcomas." source 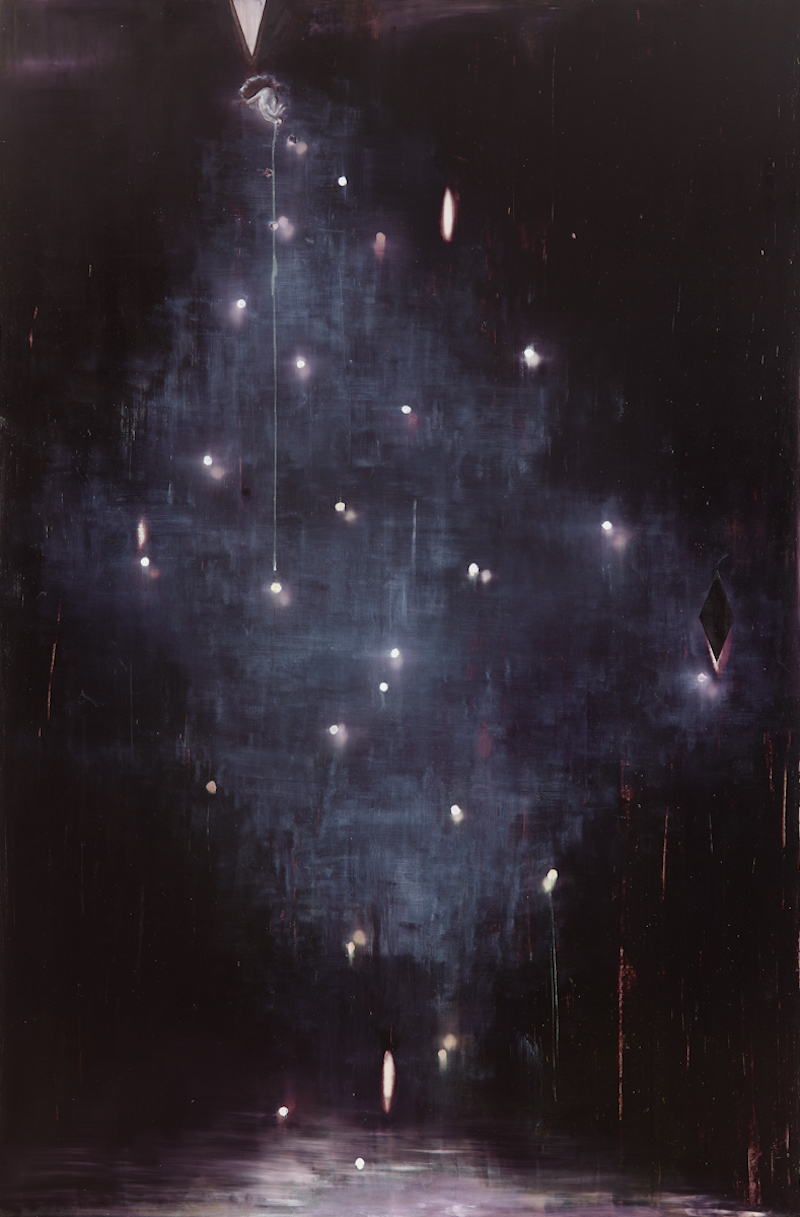 "...Cell paintings, which make reference to diseased human cells. From that time, he has continued to paint aspects of the body viewed at the microscopic level, including forms related to DNA and cancer cells, the latter in response to his father’s unsuccessful battle with the disease." source 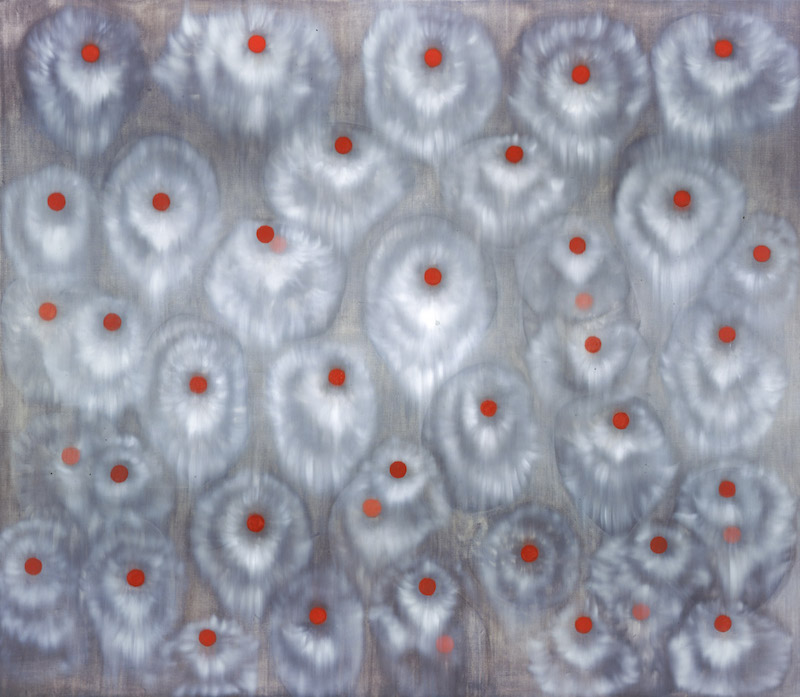 3. Are there any additional considerations? (formal, contextual)

I just need to keep making and experimenting. I feel like something starts to happen the more time I spend in my art room putting marks on paper. I don't know what it is yet but something. I also removed myself so thoroughly from the topic I'm exploring that I forgot that it could potentially impact others - that "grief and loss" might draw a response and that each person has their own experience of that. By putting my artwork into that framework, I'm opening something. I didn't realise my work could create an impact or actually create an emotional response. I mean some secret part of me longed for that but I didn't really believe it could happen. I forgot we're all connected.

4. Name two comments/critical evaluations you are responding to based on feedback process?

The first piece of feedback I'm responding to is that I need to provide a context within which to position my art by looking at meaning making, philosophy of pain and imagination, memory, the abject and the formless.

All art, in some way, speaks of grief and loss. All art captures a moment that we know is no longer present, either in the subject or in the lines and marks the artist makes that were once fresh but are now dried. I guess I forgot that somewhere along the way - that the lines and marks I make also document my life and losses and those marks might mean something - if not in the wider world, if not in the eyes of my family and friends, then at least in my own mind and heart in the moment they are made. Some days I'm closer to that meaning. Other days I'm closer to meaninglessness and it was from that perspective I wanted to approach grief - in the broader social commentary way. But reading more literature has made me see that I can't - yes, grief is a transcendent state; yes, grief is socially regulated; yes, grief is often pathologised if social norms are resisted; yes, grief literacy is minimal; and yes, much grief is disenfranchised... but none of that can be removed from the intimate and personal experience of the individual.

The second piece of feedback is that all my pictures look the same and that I need to decide if I'm in a drawing space or a painting space.

I find myself unable to do that at this current point in time. This is highly experimental project and I have no idea how it's going to turn out. I'm enjoying exploring an array of medium - mostly drawing materials but used in a painterly way.

5. Do you need more time to complete? If so provide a new timeline.

Yes. I'm anticipating the end of the second week in June (12th June) for completion of this project to the level I would like.

6. What are you expecting to complete? ( ie essay and animation, series of paintings, installation with video work)

After a several additional experimental sessions with medium and form, I will complete a series of five drawings/paintings. In the future (when budget and time allows), I would like to create five large scale paintings of these smaller paintings to hold space for grief rituals and circles and events (like potentially facilitating a Death Cafe at Woodford Folk Festival in December this year).