VIS340: finding my own artistic style in illustration

I've been wondering how best to approach my drawing project for Julia since I don't have a consistent and recognizable style I use in my art (yet). I remembered a post from a fellow student last semester that was really inspiring. She pointed to this blog post: 4 Steps to your own signature art style by Christopher Kerry. I've been working through it step by step :)

Step 1: Identify three artists or art styles that really resonate with you emotionally

Straight away I tried to limit my list to illustrators who draw pictures I think I could actually draw (think Roger Hargraves of the Mr. Men and Little Miss books)! Stop it Mira, darling. Forget about skill...who makes you feel the most? Choosing just three was HARD. 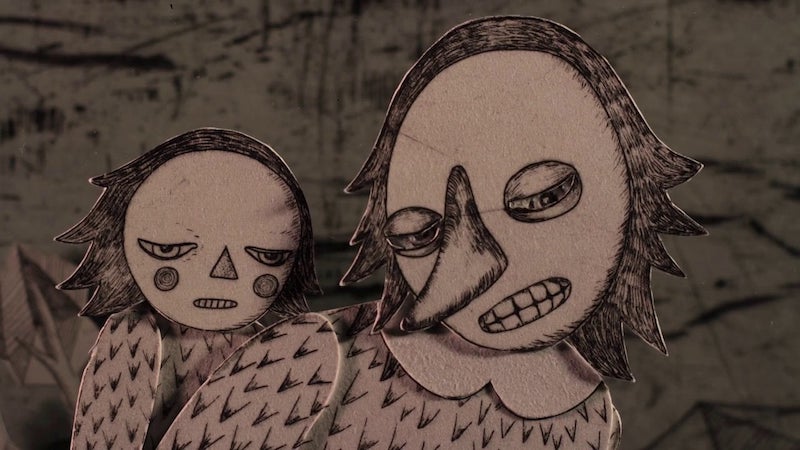 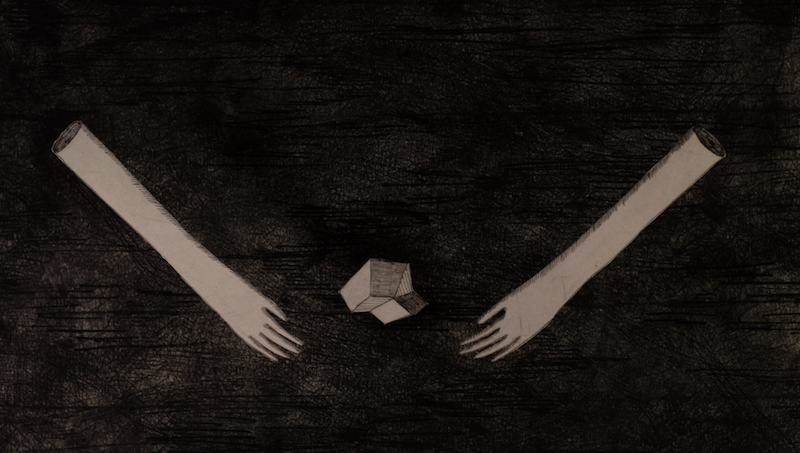 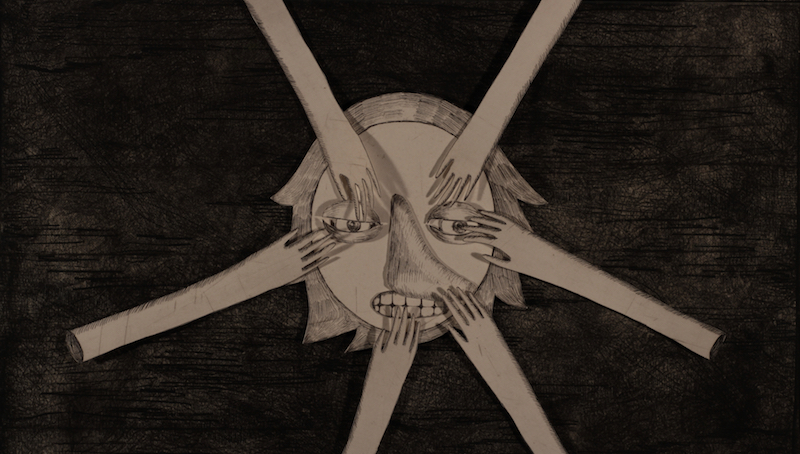 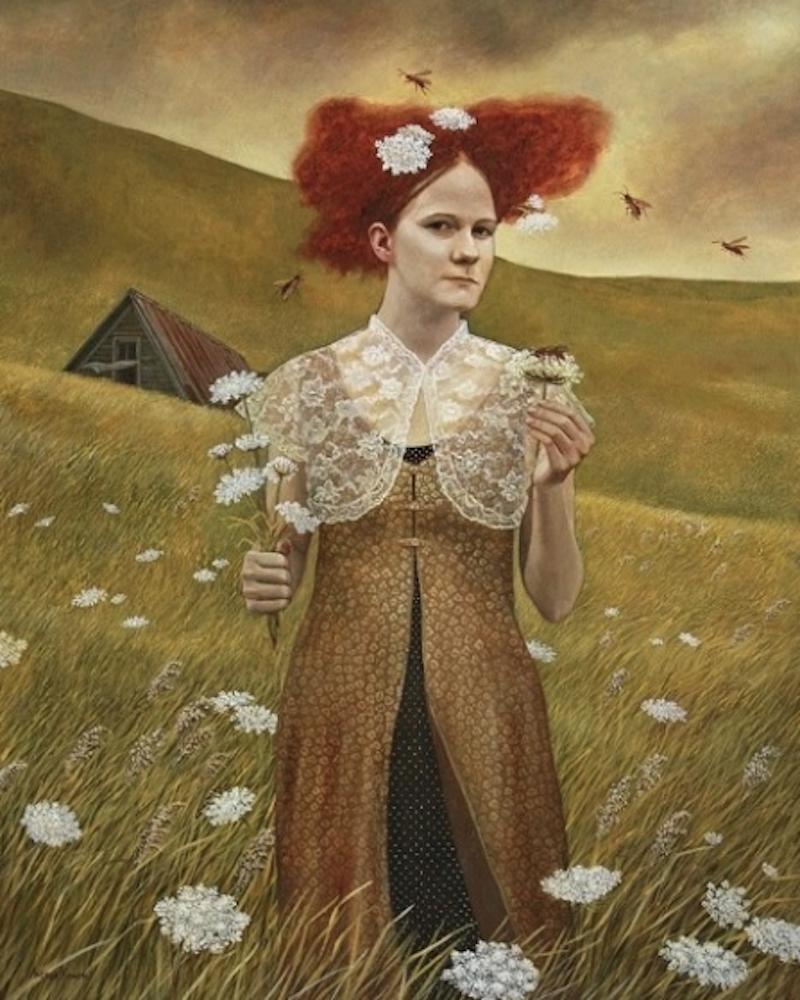 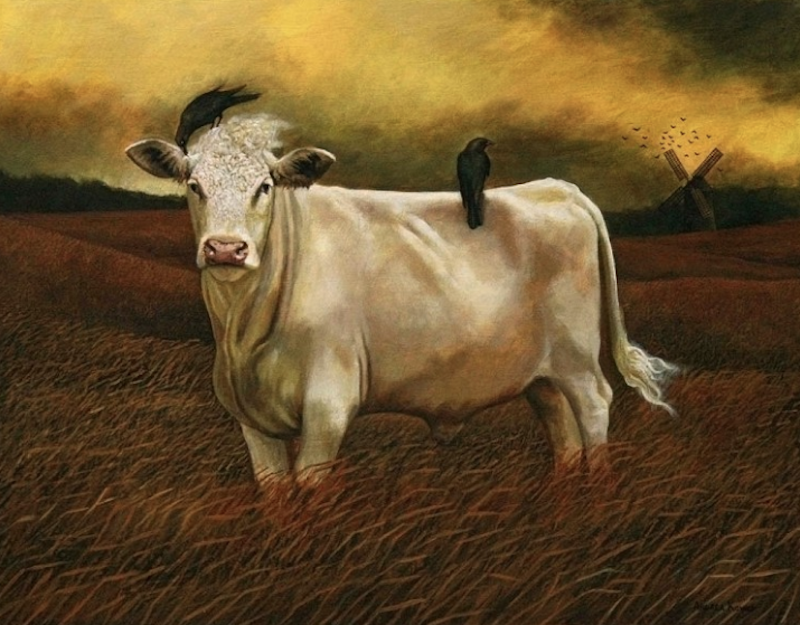 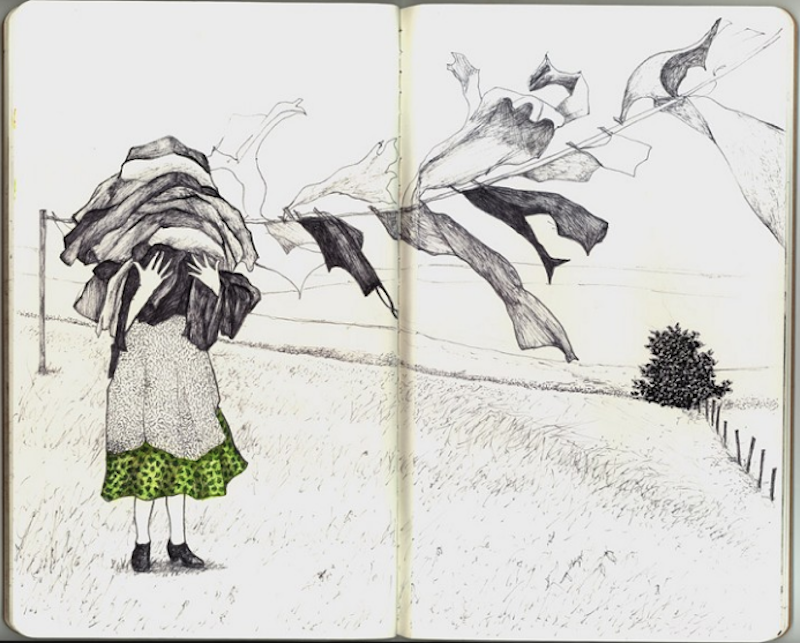 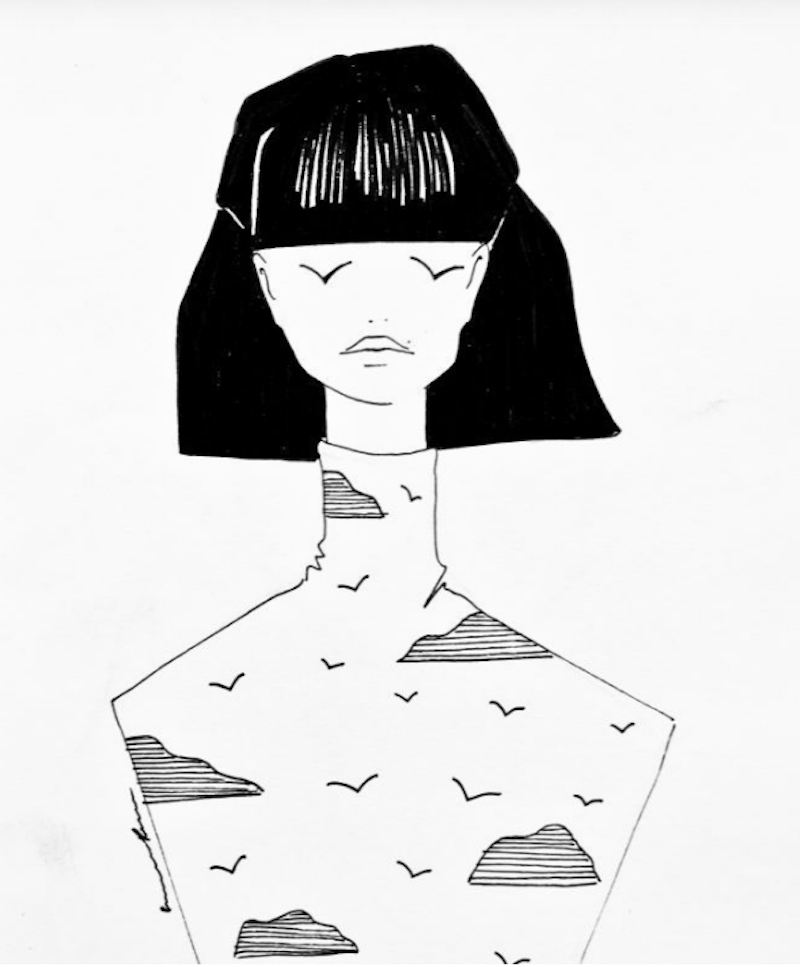 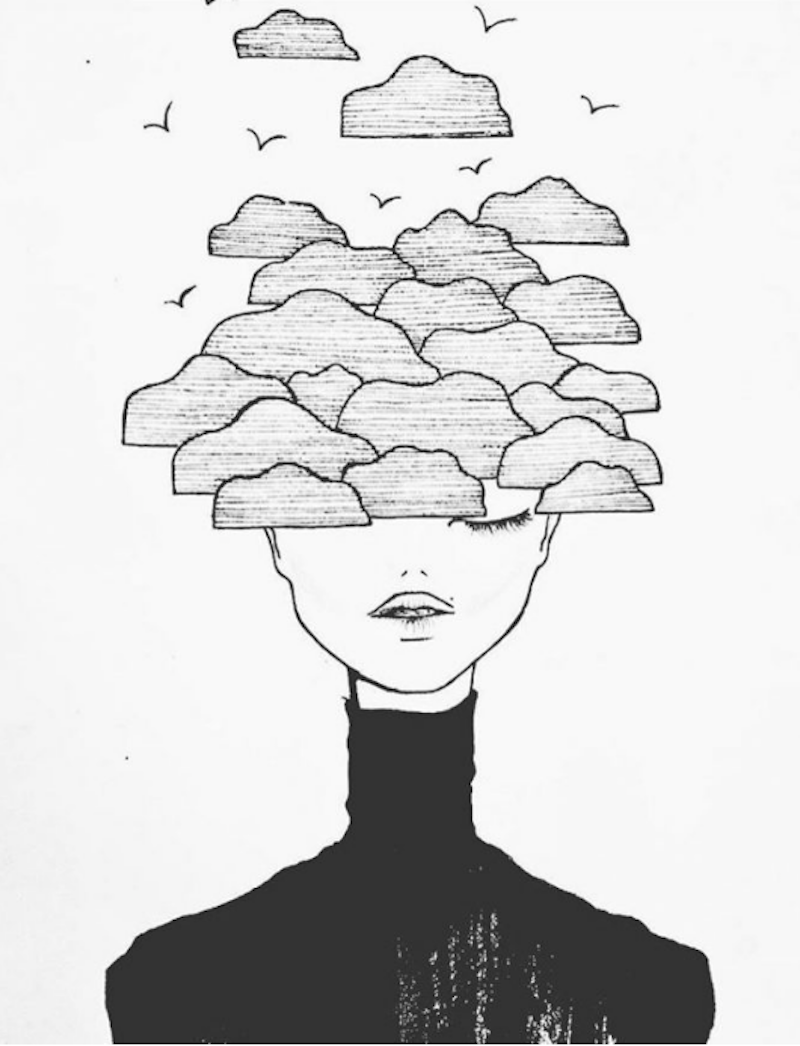 Step 2: Choose one image that best represents each of your choices from step one
O god. How on earth do I do that?!? Initially, I'm grabbed by the simplicity of the image. It's stark and cuts through the overwhelm in my head. This element is used to highlight the amputated feet, the legs and the braid/rope. I love the depth of the image and the layers of meaning it contains upon contemplation despite its (apparent) simplicity. In her other animation work, I also love the shadows the three dimensional paper cuts make and how that's used for effect.

This is a line drawing in monochrome black and white. Similar to a linocut, the drawing relies on negative space to create the figure. The contrast and lack of shadow emphasises and lends power to the image. My eyes are drawn immediately to the central rope braid and climb up it to the bloodless, amputated feet on either side and the legs. There is a lot of space that surrounds the subjects, supporting them and giving a sense of them hanging in the air, moving as they dangle. The braid is textured with striations, like hair. The drawing is centrally balanced which draws focus to the subjects immediately. There is pattern in the texture of the rope and repetition in the two legs and two cut off feet. The feet are duplicates of each other - two left feet hang down instead of opposites.

For me, "Like A Noose" tells a tale of hanging and death that is genderised. The figure hanging is suspended by a rope that is in fact a braid of long hair like a noose and this noose hangs down the centre from between the legs where the genitals would be. The two left feet speak to me of clumsiness and silliness. Perhaps that's why she's been hung.

No Turning Back
Andrea Kowch
2008
acrylic on canvas

Immediately I'm grabbed by the drama of this image. Everything is happening! Full action, full intensity, the fire is raging in the fields, the wind is gusting, the trees bending sideways, her hat has blown off her head, the curtains are billowing out windows... I can feel the crows circling and flapping and hear them cawing! Tons of movement everywhere. It grabs my attention because there's so much happening and it's happening NOW, right now. I am in the present moment watching this scene unfold. To me, the drama in the background is used to highlight and contrast the calm serenity of the main figure. Yes everything's falling down and going to crap but she's okay with it. I find Andrea's work very sensual. It puts me in my body.

The horizon line leads the eye into the picture where it hits the house and follows along the sharp diagonal of the pitched roof and steep eaves over the windows. Lines are softened and blurred under the smoke haze that fills the sky and the fields. The colours used are muted and sombre natural shades while the fire blazes red and orange in several places in the foreground and background. A female figure is standing still in front of the house surrounded by chaos. Her black hat has blown off her head, her hair is blowing in the wind but she stands firm, fingers spread and palms turned down to the earth. Rope ends wrapped around her wrists are sailing in the storm. For me, movement is the most dominant element in this image - every element has been caught in action - the house, the long grass in the fields, the smoke clouds in the sky, the birds circling and diving, the fire burning and the eye is moved from element to element into a different story with each piece. It's texturally rich and detailed, the house and the figure create balance and there is repetition in patterns used in the birds, the grass, the curtains, the trees, the ropes around her wrists.

Narrative is strong in this image. It's like she's just escaped from a place she was held hostage in (the house?)... breaking free of the ropes that bind her and she's burning the place down in her wake, wreaking destruction and revenge for her captivity. She's calm despite the chaos all around. She's in charge and knows exactly what she's doing. 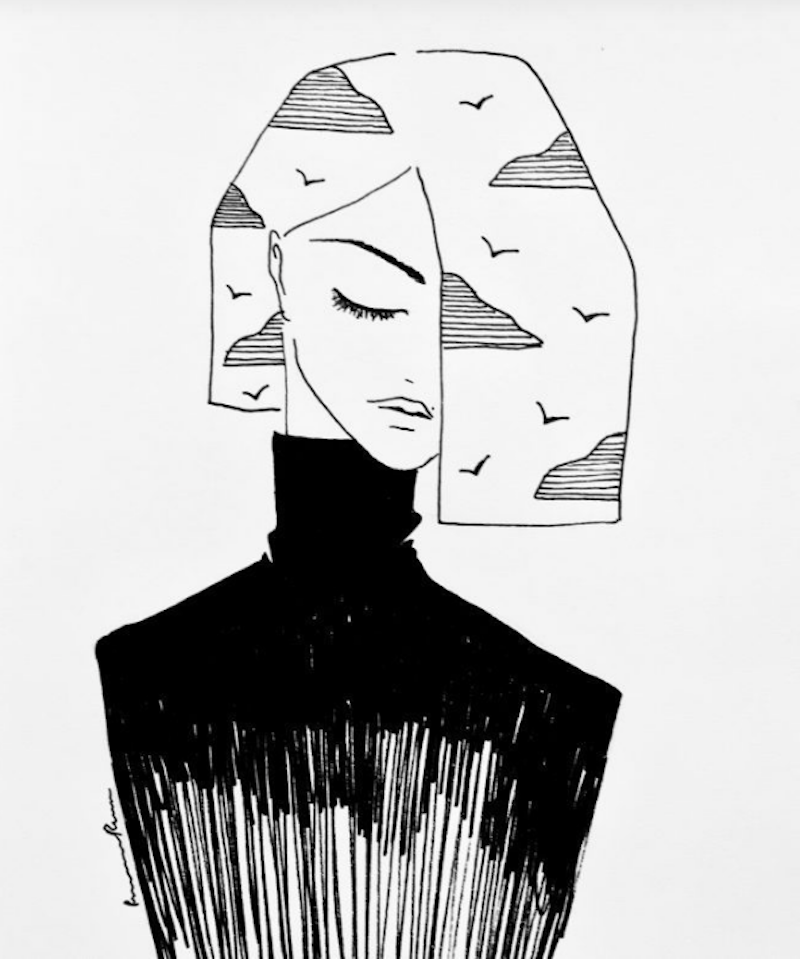 Initially what grabs me is the way the clouds and birds are drawn in her hair. They're made a part of her body. It aids a gentle layer of meaning and contemplation that speaks to me because it is gentle and I usually go for hard-hitting emotive and punchy images. This gentleness touches a different part of me. I like how Ramona uses this recurring and unifying theme of sky and clouds in her illustrations and the simplicity of the work: just one centralised figure in black and white.

The stark contrast of the straight lines immediately catch the eye from the bottom of the picture. It's like her body is being consumed almost, shrunk, sucked down a drain or eaten by the white lines that lead upwards into the torso. The solid black of the turtleneck the female figure wears is contrasted by the white space surrounding her and the single line drawn face and hair. She is facing the front, in the centre of the image looking down with her hair hanging over her half of her face. There are clouds and flying birds in her hair drawn with child-like simplicity.

The narrative in this picture speaks to me of hiding behind an image of who we want to be in the world. She's contemplative and her one visible eye is closed (asleep? meditating?). Maybe she thinks no one can see her behind the external image she maintains as the one who has her head in the clouds. But the diminished lower half of her body tells a different story. A truer one perhaps.

Step 4: Combine each of the individual artistic elements you identified in step three into an original drawing of your own.

The combined elements that appeal to me from the artworks above are: 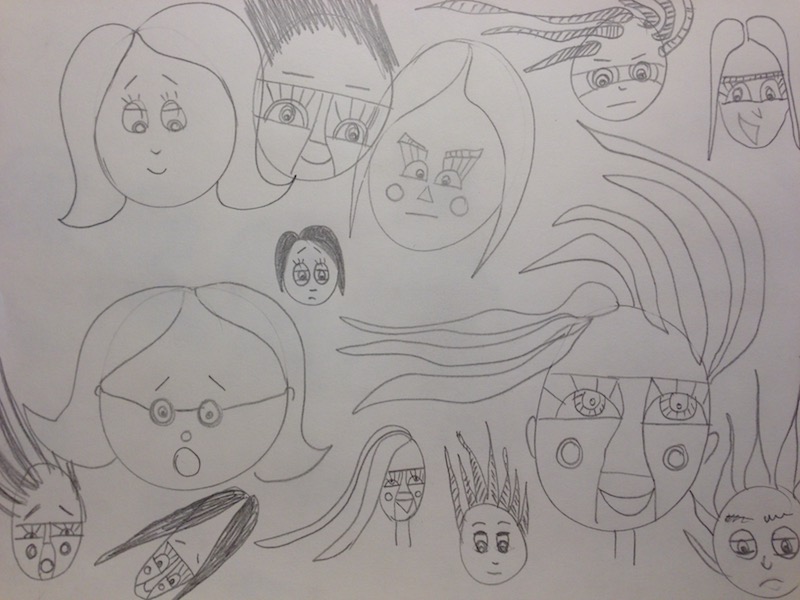 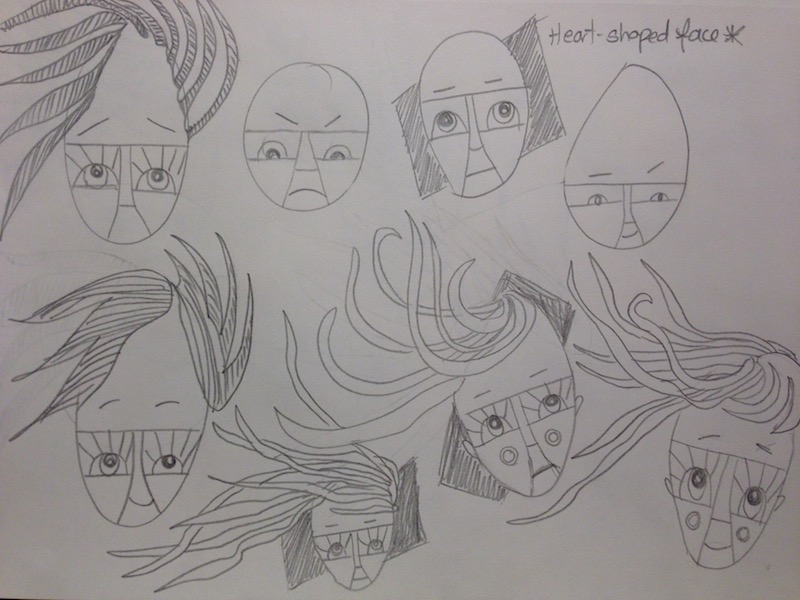 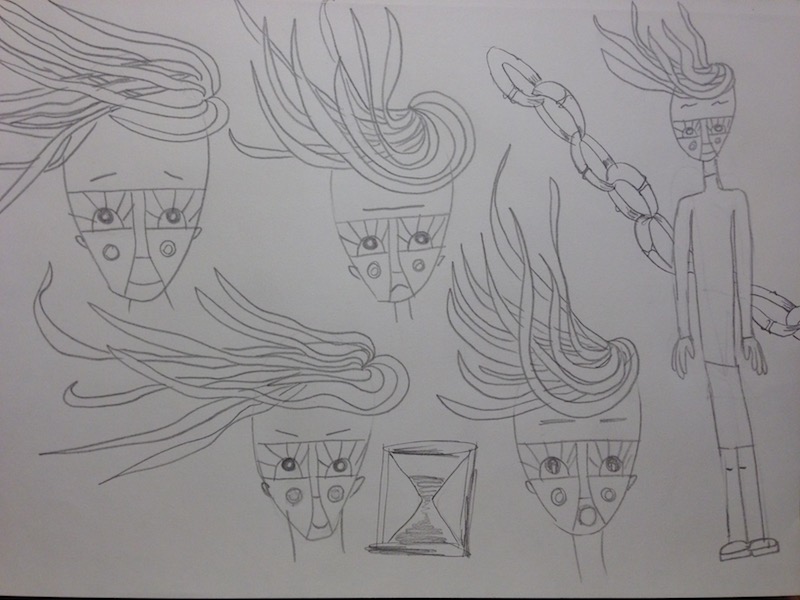 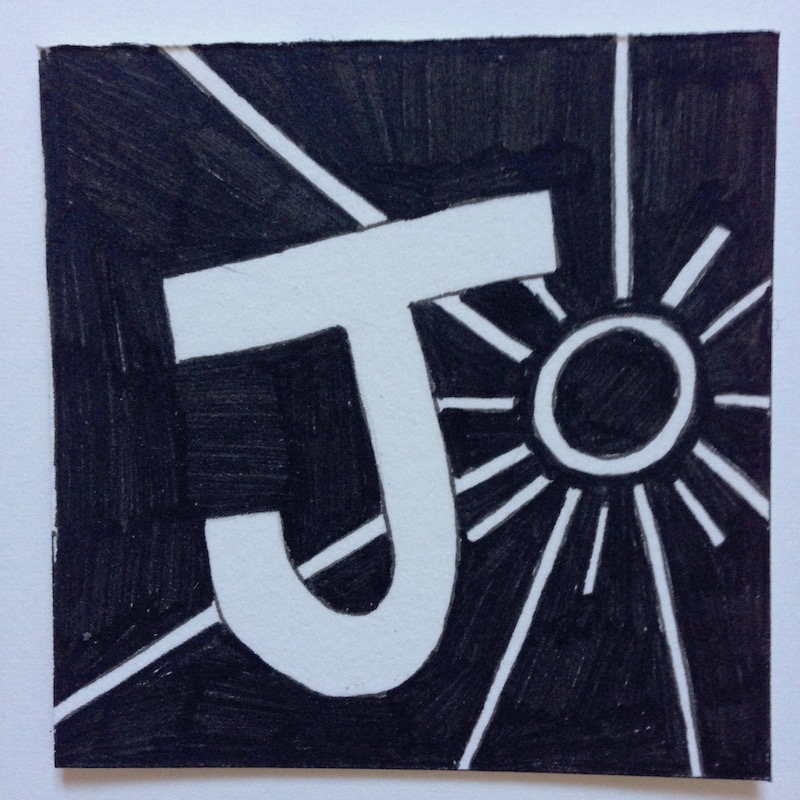 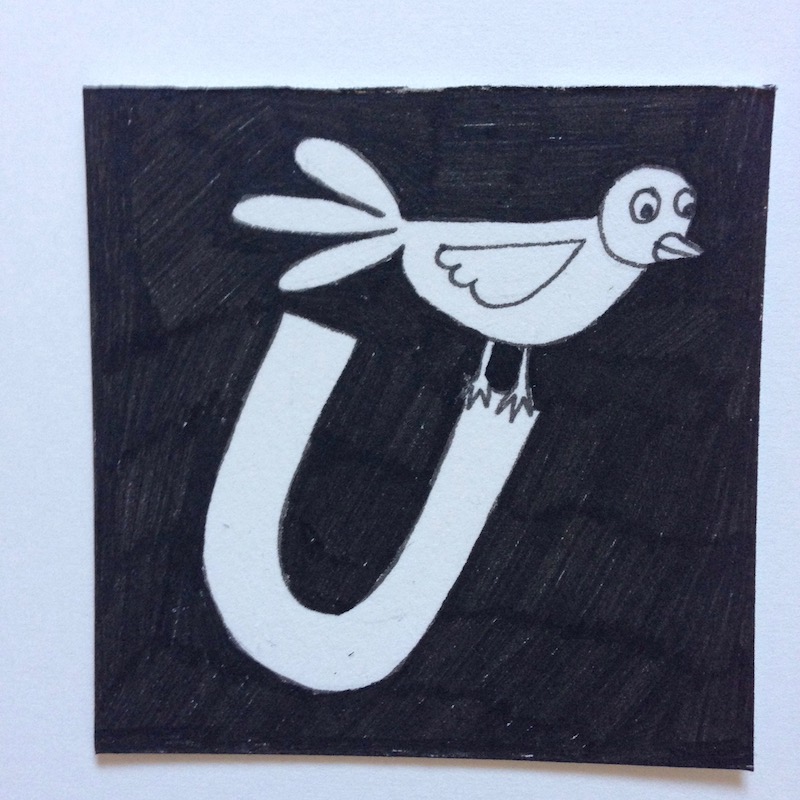 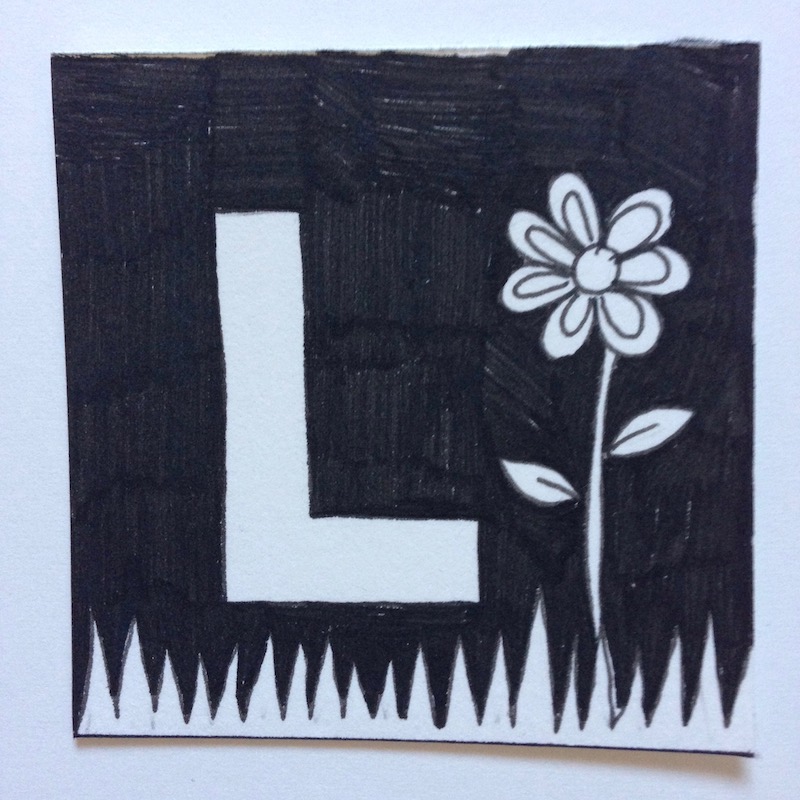 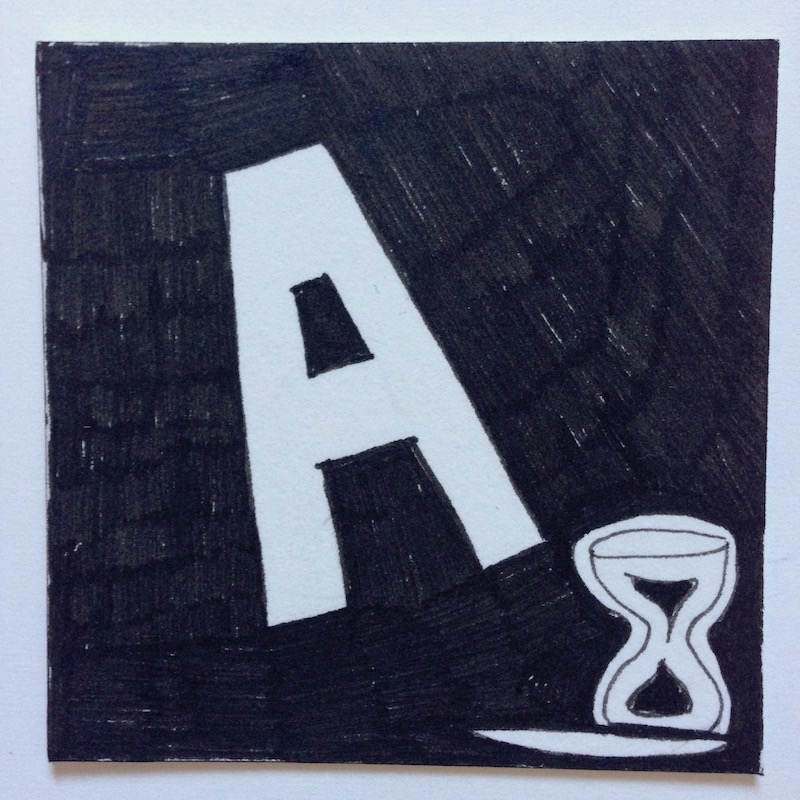