Replant is an excursion through the eyes of seven different artists into the remarkable world of plants in the tropical north of Australia. Looking through these project notes, I'm inspired to seek more tactile experience with grass and find ways of using grass itself in my final project of mono prints (rather than just created images of grass).

Winsome Jobling
Winsome Jobling has an extensive and intimate knowledge of plants, habitat, ecosystems and species. Her work uses papermaking and printmaking techniques and plant fibres and dyes to create layered, translucent and textural forms from nature. The link above is to a video about Winsome's work and her deep connection with materiality which she uses to inform every aspect of her work.

"The earth pigments I use are sourced from all over the Northern Territory; red sand from Titjikala, grey mud from Cahills Crossing, purple/brown from an abandoned mine near Tennant Creek. All are the worn down remnants of ancient geology. The charcoal is from bushfires, the ‘bones’ of bushland." - Winsome Jobling (from her exhibition Earth: works in paper 2014) 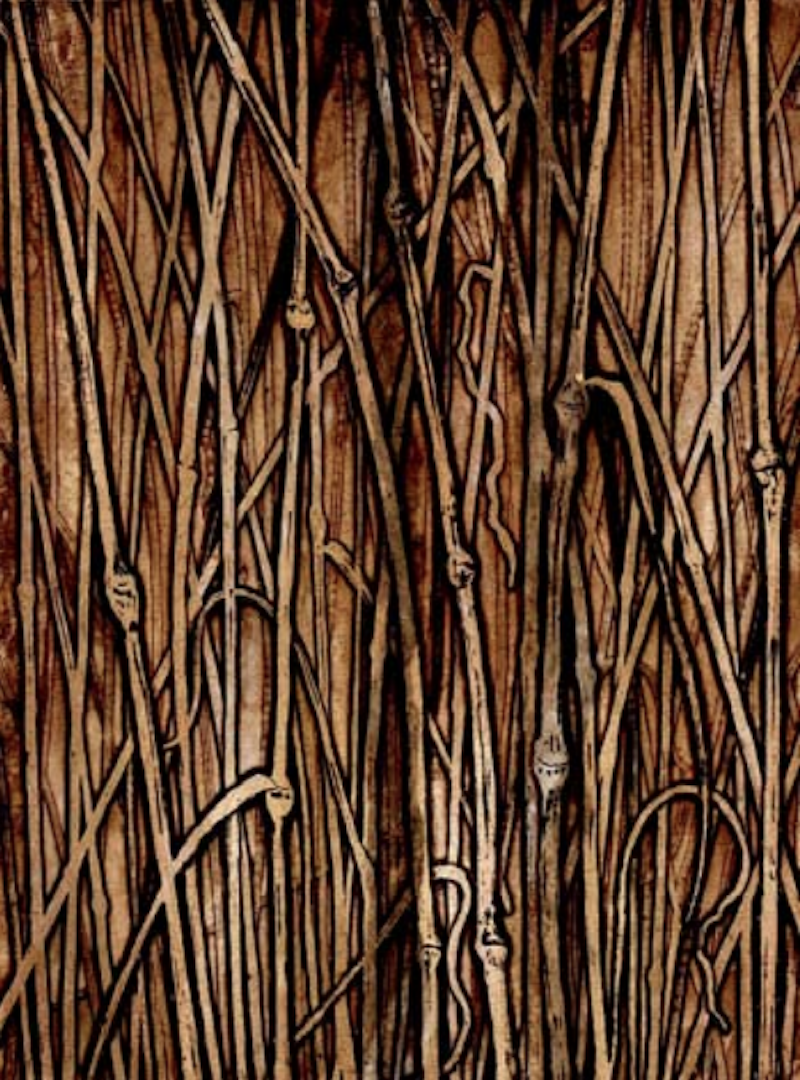 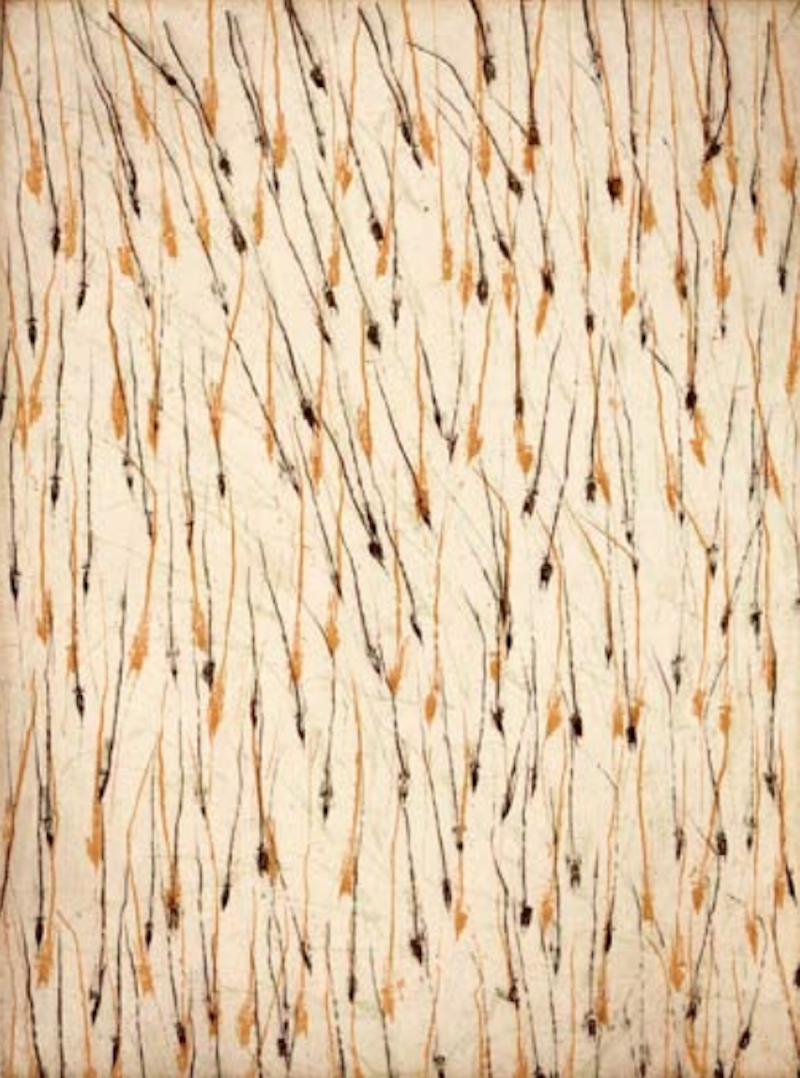 These grass sculptures are made from recycled metal, soil, wheat seeds and fabric. They're inanimate and immobile yet the grass seeds within are alive and growing so the forms change over time. I find these works almost painful to look at - they speak to me of helplessness and of innocence. Our demise brings new life. I'm also interested in these works as the artist is influenced by permaculture and uses those principles to inform her art and activism - both areas I'm becoming increasingly interested in. 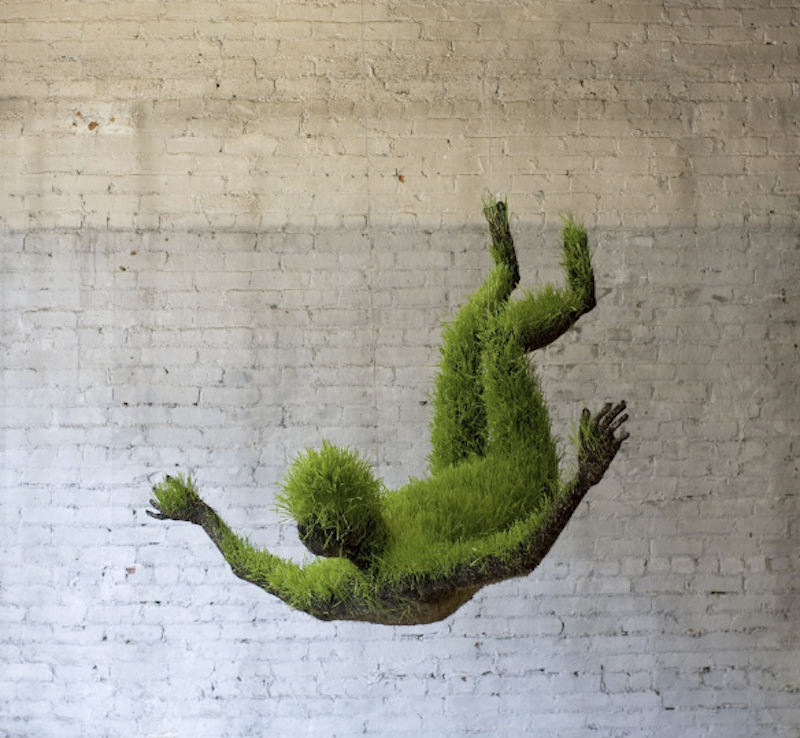 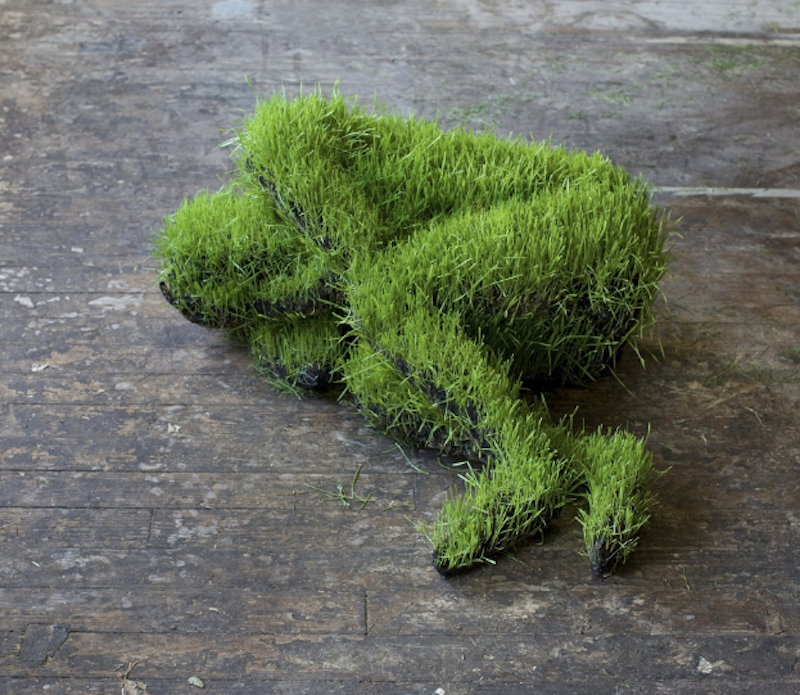 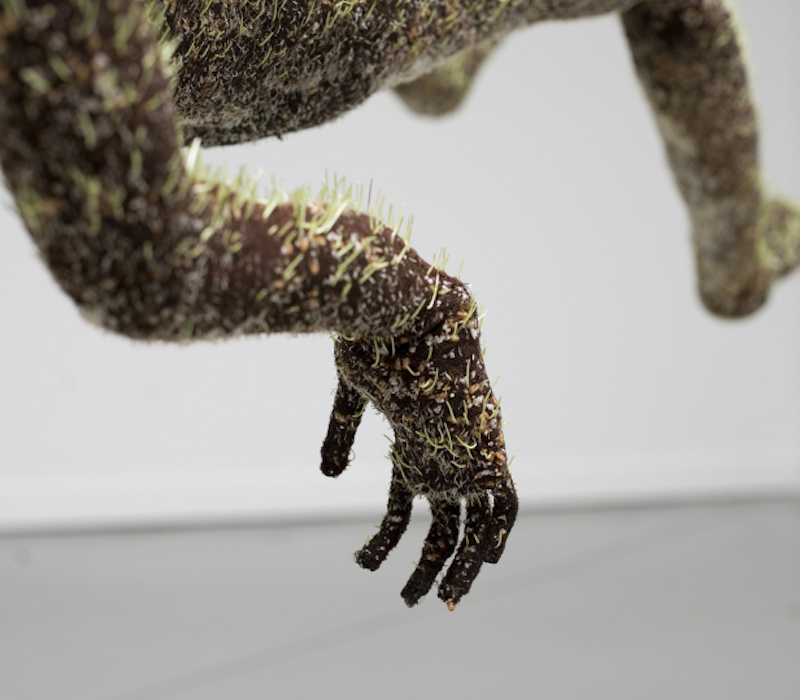 With body art, earthworks, film and performance art "Mendieta used the earth as a site to address issues of displacement, impressing her body in various outdoor locations and recording its imprint in photographs and video. In these Silueta works, performed from 1973–77, she would often fill in the silhouette of her body with materials including rocks, twigs, flowers, and blood, combining a concern with primal rituals and a modern, feminist sensibility." These works to me are extremely emotional. There's a loneliness to the work. They speak directly to existential concerns. They're temporary; the images turning to dust and returning to the earth along with the body that made them. 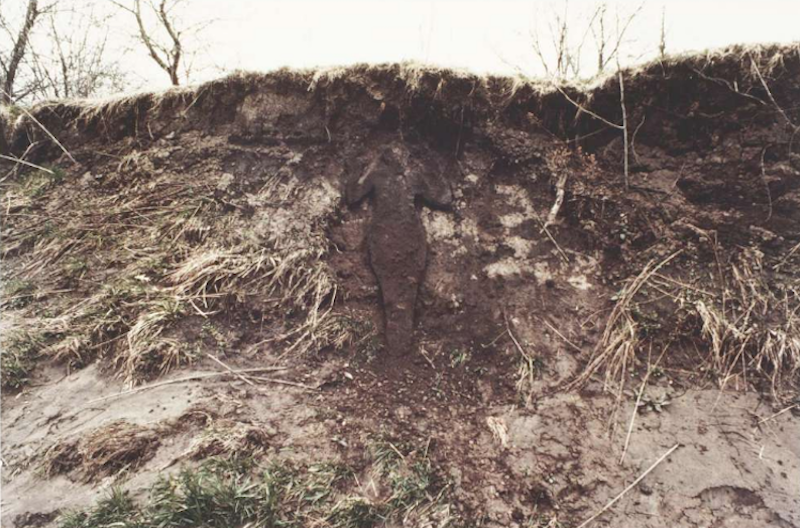 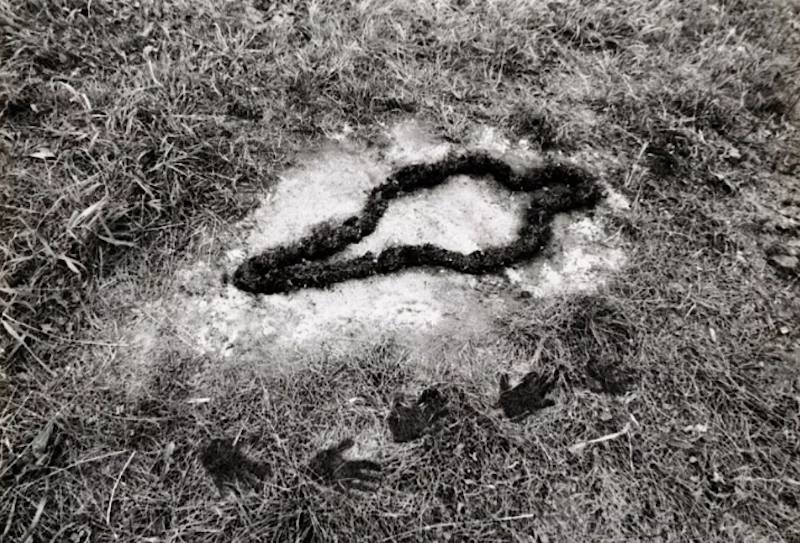 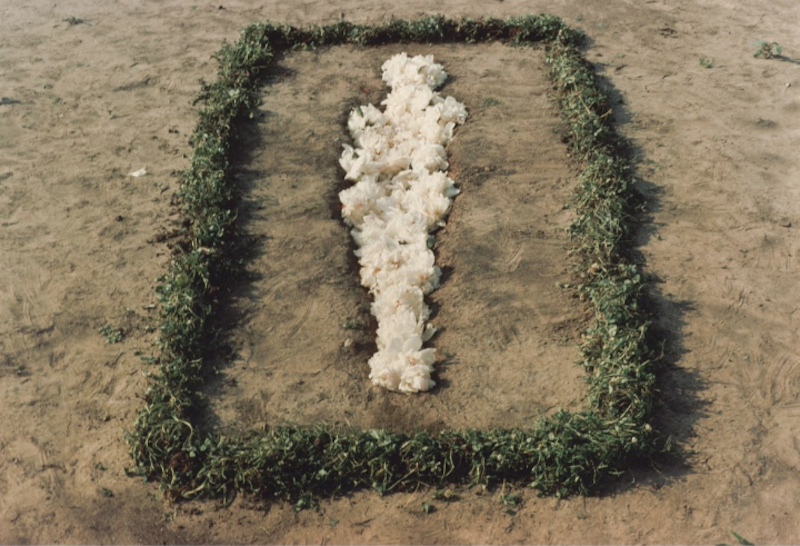 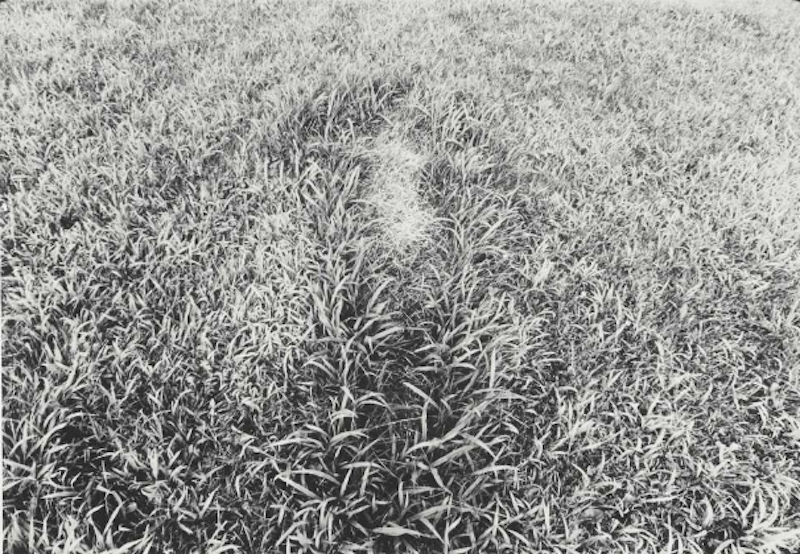 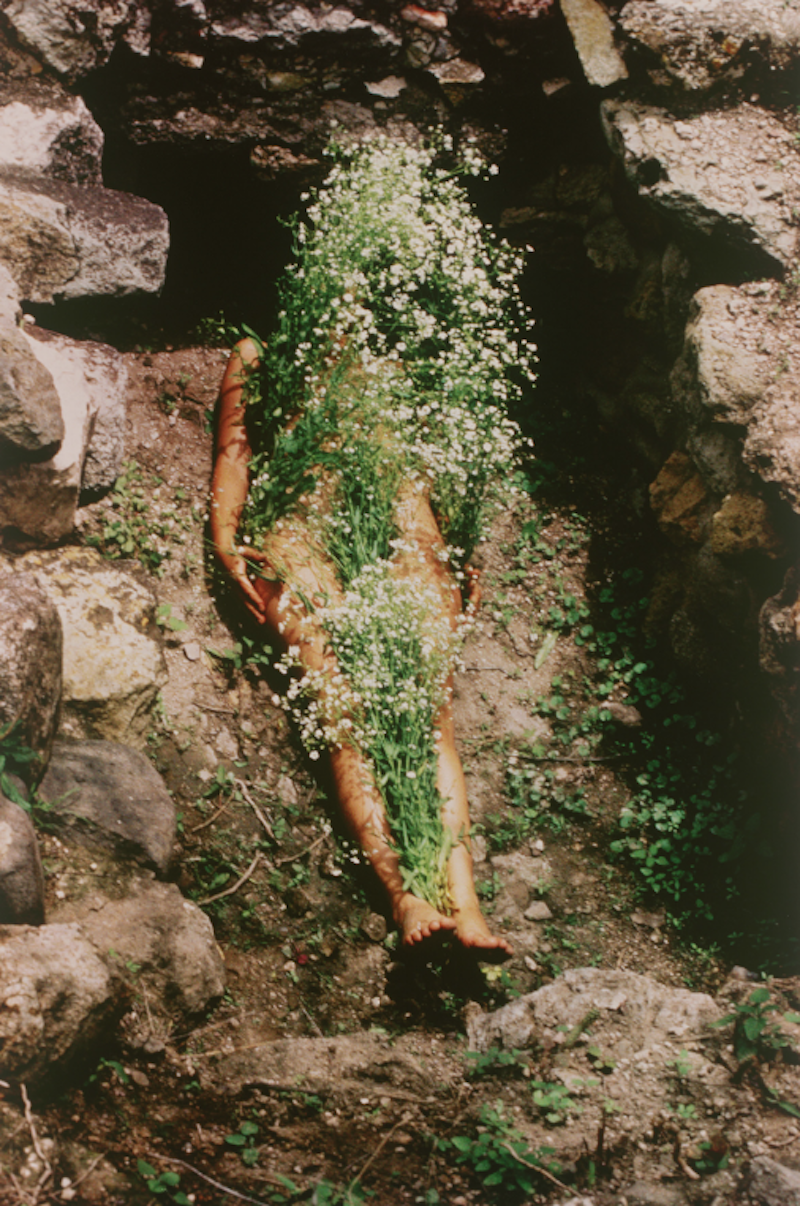 "Plegaria Muda, which translates loosely to “silent prayer,” began with Salcedo’s research into gang violence in Los Angeles. The artist noted how victims and perpetrators of gang violence often share socioeconomic circumstances that lead to conditions of increased violence. They are often viewed as lesser in the eyes of broader society, resulting in a lack of empathy for the loss of their individual lives. The work was also made in response to Salcedo’s experience of mass graves that she visited with grieving mothers in Colombia, who were searching for their missing sons.

Each sculpture is composed of two hand-crafted tables, which approximate the size and shape of a human coffin. One table is inverted upon the other, with live grass growing from an earthlike layer in between. The installation counters the anonymity of victims in mass graves with hand-wrought, unique works, and asserts the importance of each individual’s proper burial—whether in the United States, Colombia, or elsewhere. For Salcedo, the individual blades of grass evoke a sense of optimism: “I hope that, in spite of everything, life might prevail, even in difficult conditions . . . as it does in Plegaria Muda.”

Like grass, the sheer scale of this piece speaks to me of meaninglessness... of being insignificant. There's a detailed and precise alignment in the individual pieces like unmarked solider's graves. The dense layers of earth sandwiched between the tables remind me of the earth I'll return to one day. 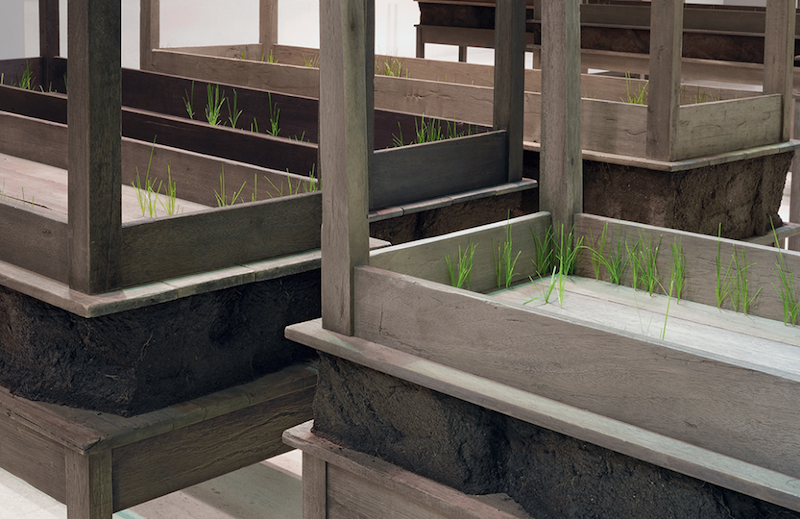 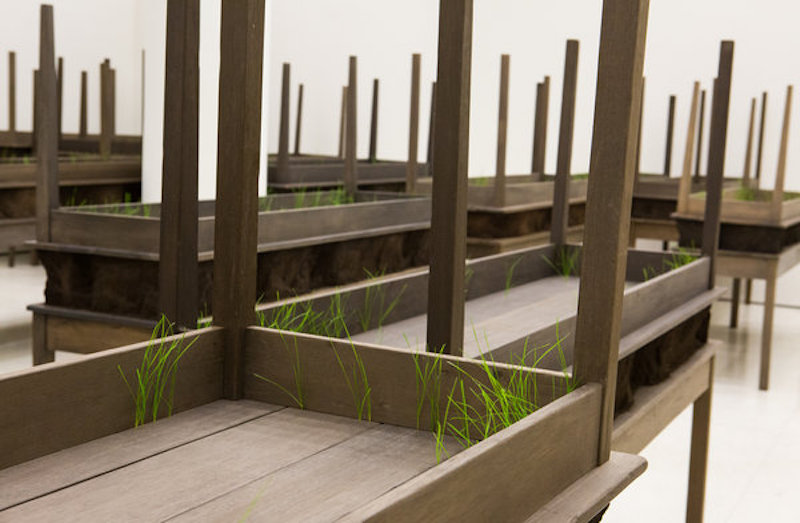 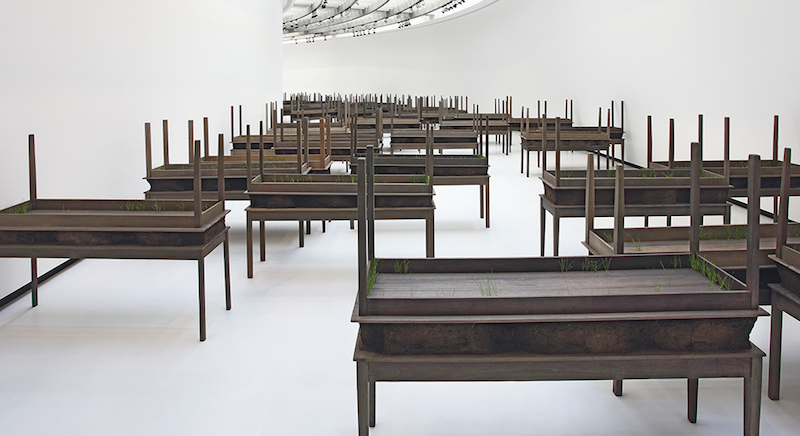