the poetics of space: corner

I became interested in the aspect of "corner" that is public space. This led to pondering the four corners of the earth and tourism. My dad traveled for several years in the 1950s - beginning in the USA, his homeland, he spent time in Germany, Austria, Switzerland, Holland, Italy, France, Spain, Hong Kong, Tokyo, New Zealand, Thailand, Cambodia, Guam, India, Nepal, Iran, Israel, 13 years in Papua New Guinea and finally landed in Australia. He was quite the amateur photographer my Dad and most of the slides are a delight to look at - the history, the people, the buildings and ruins, the art and the everyday moments he captured.

My father died in 2017 and going through boxes of his slides was beautiful and sad. There were many tears. I kept telling myself to move faster and that I didn't need to look at every single one of them (there are hundreds!) but I couldn't stop. This went on for hours. It was good to feel this loss and miss him. They were good tears. Over the years, he told me many stories of his travels and his girlfriends and adventures... he could hold simple conversations in 5 or 6 languages and took great pleasure in conversing with people from Spain and Germany and Italy and France... He had a pen pal, Xavier who he met in Paris - they'd been corresponding for more than 50 years when Xavier died in 2010. Traveling the world was one of the highlights of his life. Touching the slides, taking them out of his meticulously hand-written labeled boxes made me feel closer to him and grateful to have known him.

I created a small sculpture from wire and some of my father's old slides made to look like an antique standing globe - instead of the stand holding a sphere, it holds a cube with photographs from all over the world. When I first came up with the idea of capturing "corners" in this way, I thought it was a bit twee but that changed as the idea took shape. I did some initial sketches, then made a cube with slides on each of the 6 sides but you couldn't see through it so the images were invisible. I then used 3 slides for 3 sides of the cube and translucent construction paper for the remaining 3 sides. I had planned to create several small "globe" stands with the cubes but I did NOT enjoy working with wire on a small scale at all. It was fiddly and frustrating. I had no idea what I was doing, I couldn't balance the stands, I had pliers in both hands, I'd make one change and it would stuff the rest of what I'd just spent ages arranging and bending into shape. The one photographed is the only one that sort of turned out and I'm not happy with it. AAARGH! It was a cool idea but it shall perhaps await the acquisition of more jewellery making skills. 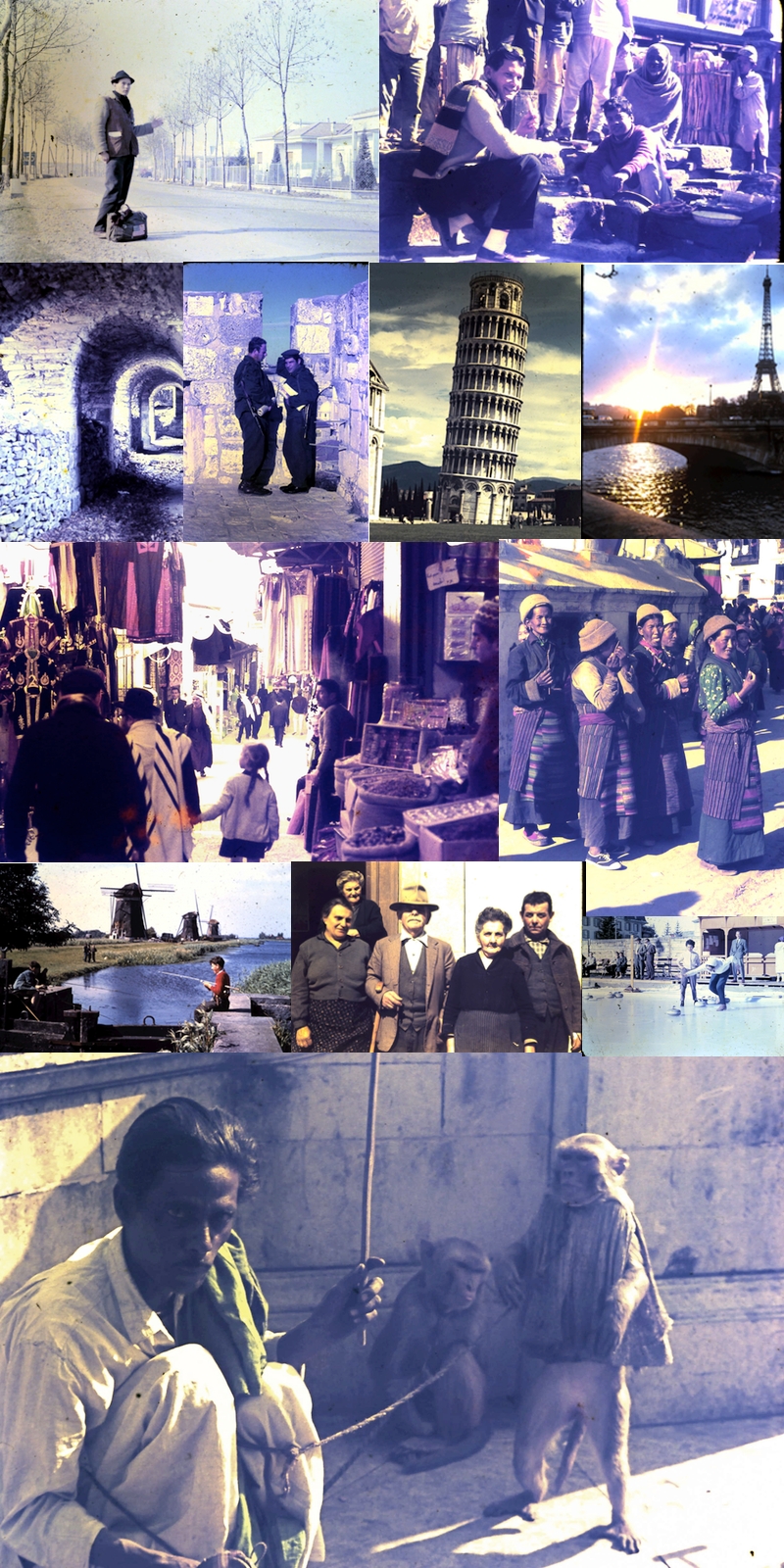 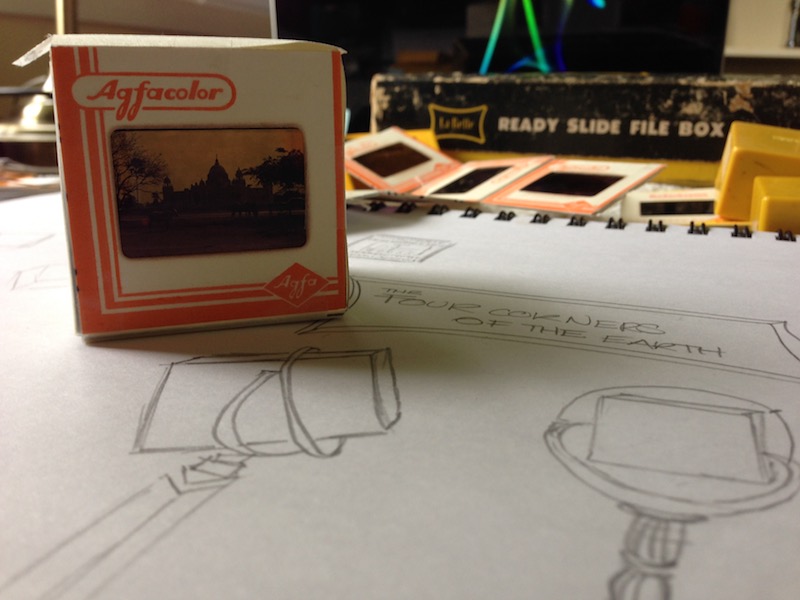 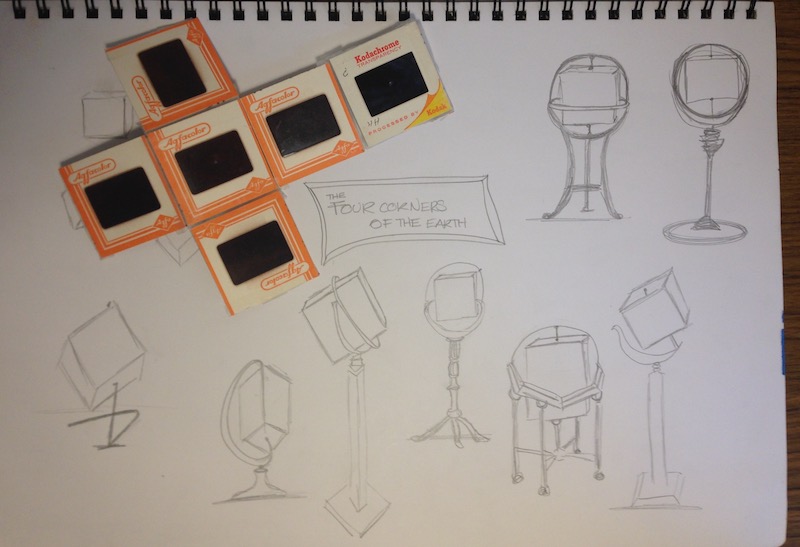 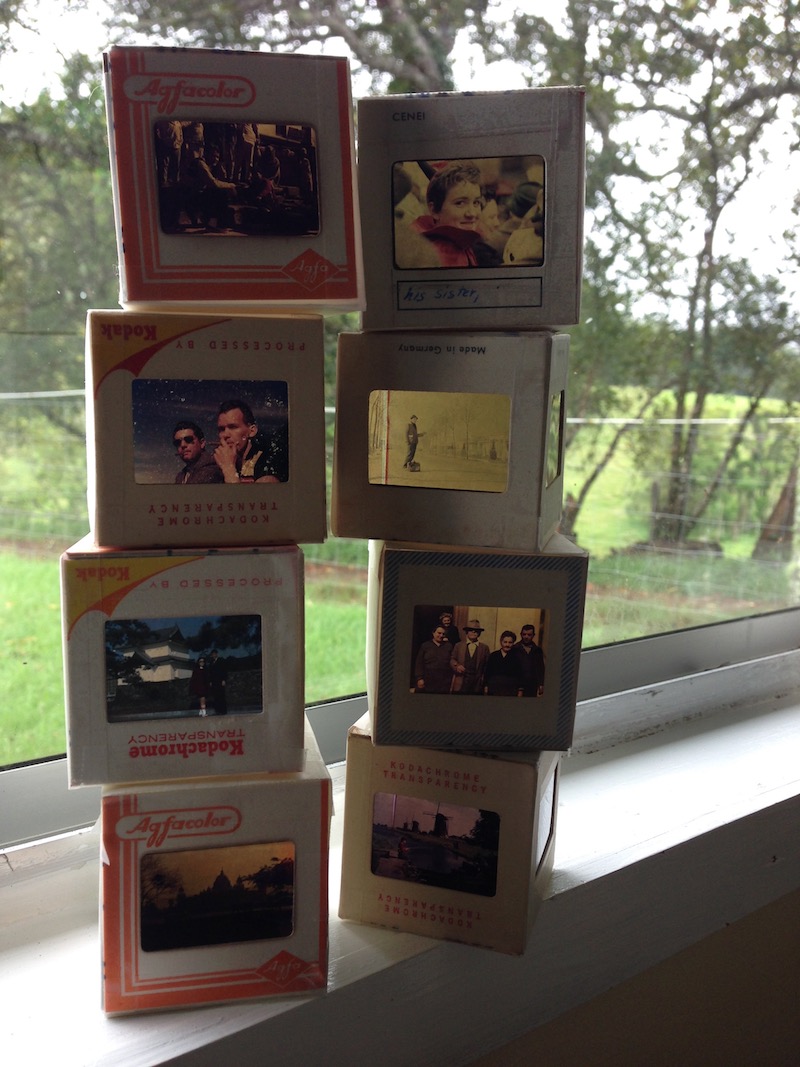 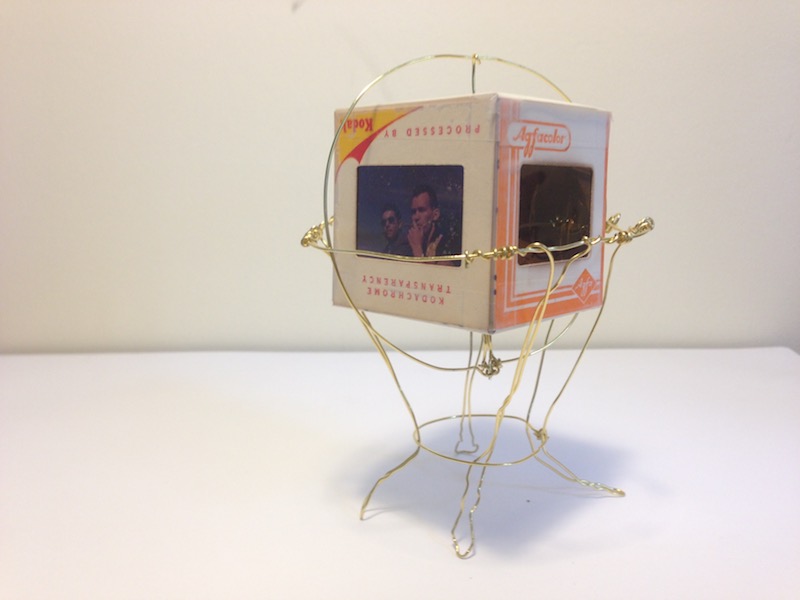