The basic geometric shape of this natural form is a flattened, curving ellipsoid with pointed ends. It curves upward in contour with its two ends coming to sharp points. It's long, thin and roughly symmetrical and is approximately 30cm long. The width of the object varies in gentle curves in and out, approximately 4 cm wide at it's widest point and narrowing to 1cm wide at the ends. The depth of the object also varies from less than .5cm at each end to 1.5cm through several wave-like, thicker and thinner sections of the body. It's dominant colour is brown which lightens to a reddish tan in worn areas, small gouge marks and scratches on the surface and darkens to almost black along the edges. There are both slightly concave and convex surfaces on both sides of the object, slight undulations in depth and thickness. This object has straight, lined seams along both edges that run from one pointed end to the other. There is visual contrast present in smoothed, shiny areas and rougher cracks and lines. The cracks are light and flow diagonally across the top and bottom surface of the object. The smooth, shinier areas are found on the outer edge of the top surface only where the object is thickest. The object has 4 sides, the top and bottom surfaces are roughened and fingers rise and fall as the shape undulates. One pointed end is narrow and sharp with a scratching surface while the other is round and tube-like. When running the fingers along the seams on both edges, there's a curving in and outwards motion as the edges expand and contract. When picking up the object and shaking it, one can hear rattling inside. It's hard, it's curves fit naturally into the palm of the hand hand like something one could throw. It feels good to hold. 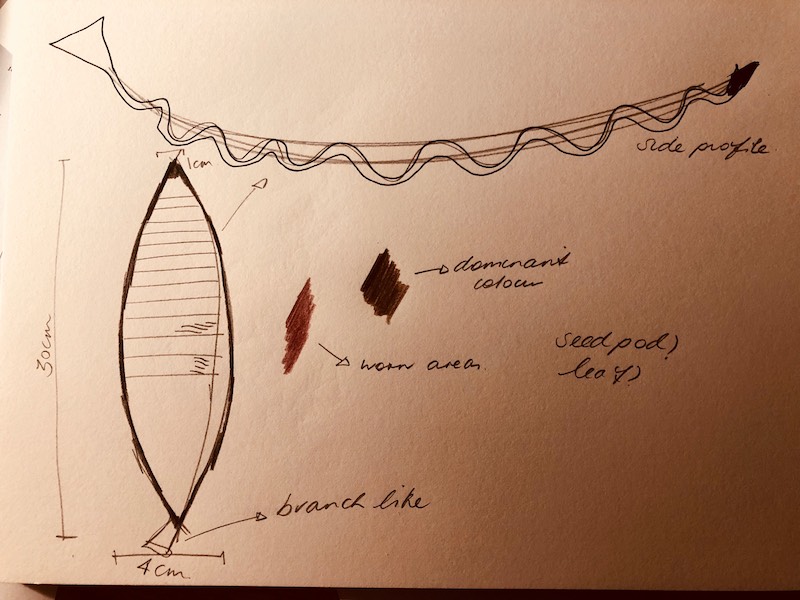 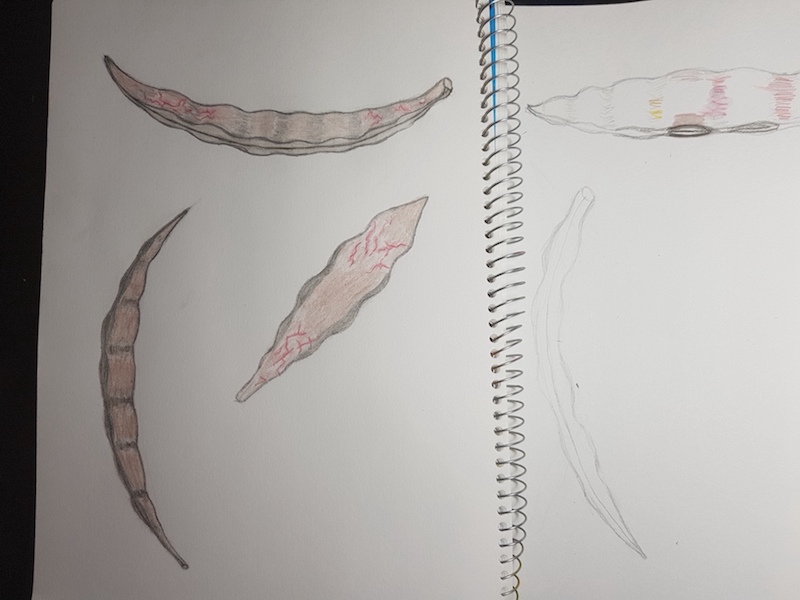 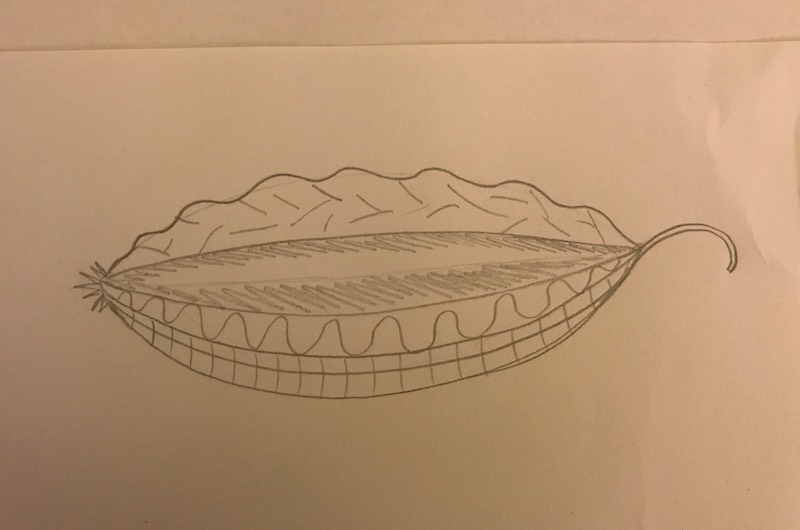 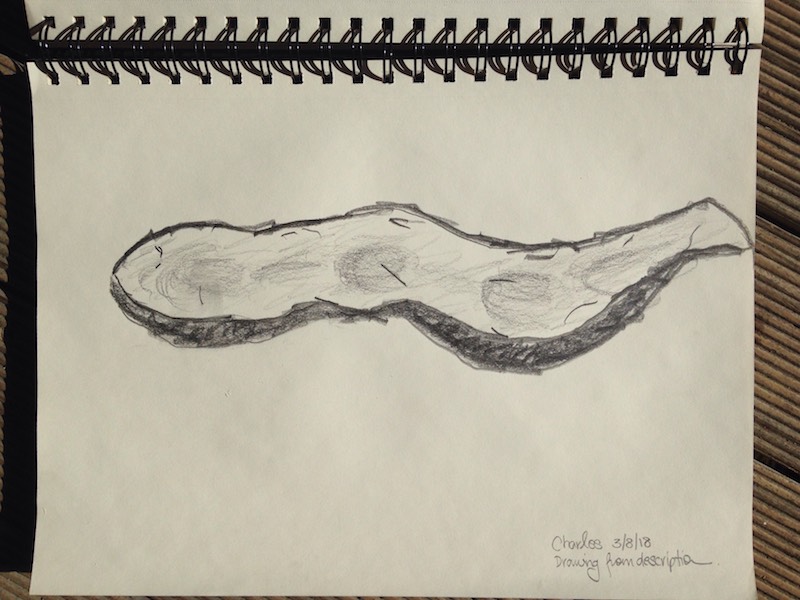