I used to create visionary art years ago using pen and pencil. It was timeless and captivating. When researching artists to further inspiration for this project, I stumbled upon the work of Pablo Amaringo - possibly the most well-known Peruvian visionary artist in the West. I'd love to create a similar sense of the wild, fecund, loud, messy, intense, chaotic, intricate interdependence of everything in my poster project. I wonder if that's possible without using bright colours? Can I capture the lush, dense, overwhelming volume of nature in the rain forest using just black pen? 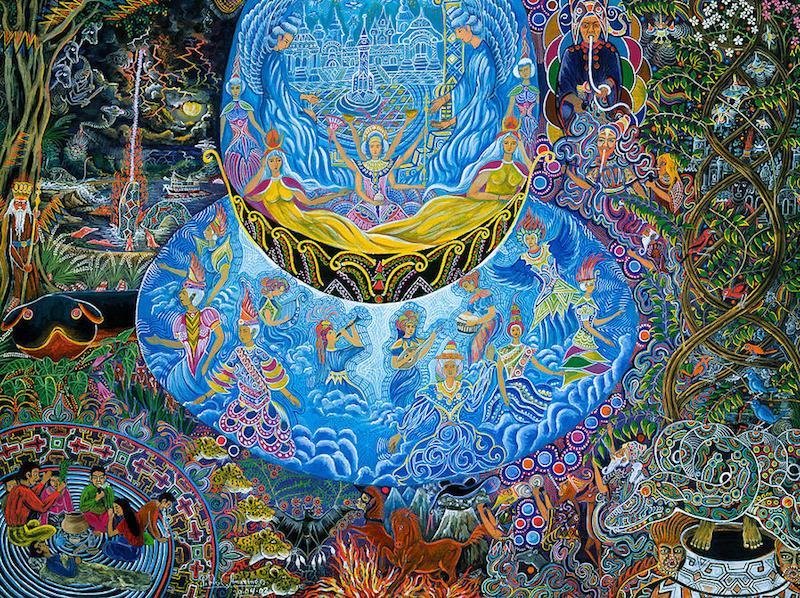 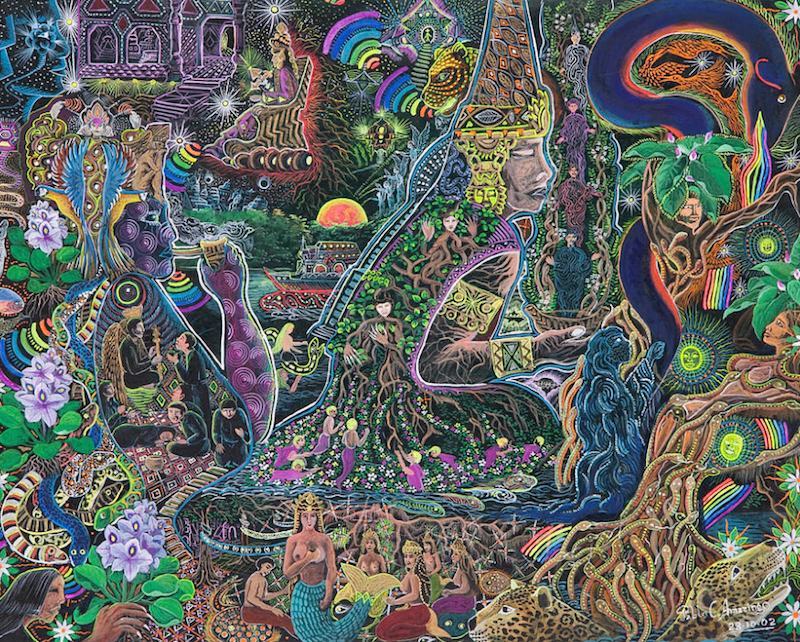 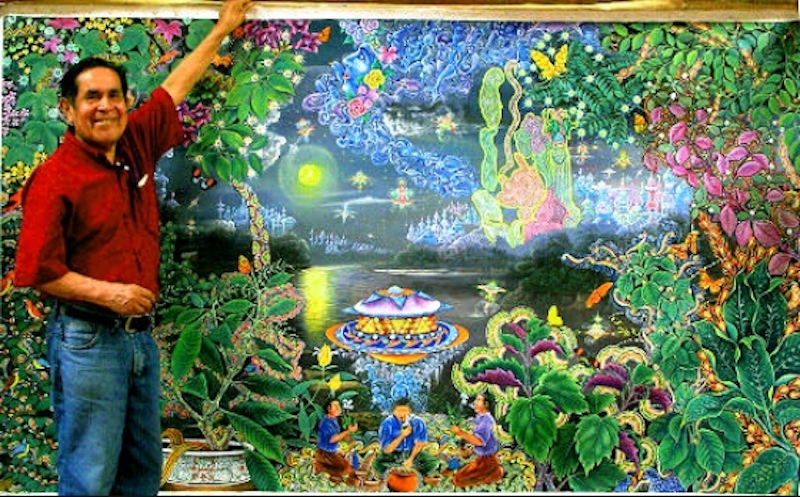 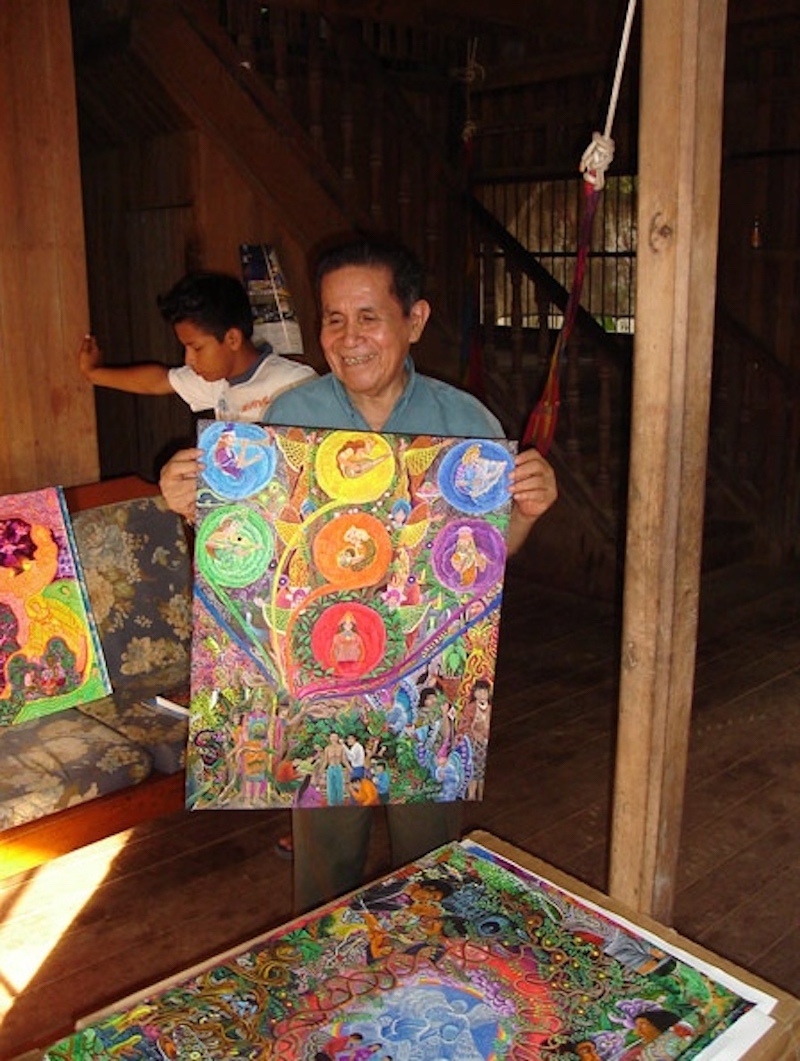 Plants have shown me how to study life as an artist and shaman. They can help all of us to know the art of healing and to discover our own creativity, because the beauty of nature moves people to show reverence, fascination, and respect for the extent to which the forests give shelter to our souls.
- Pablo Amaringo 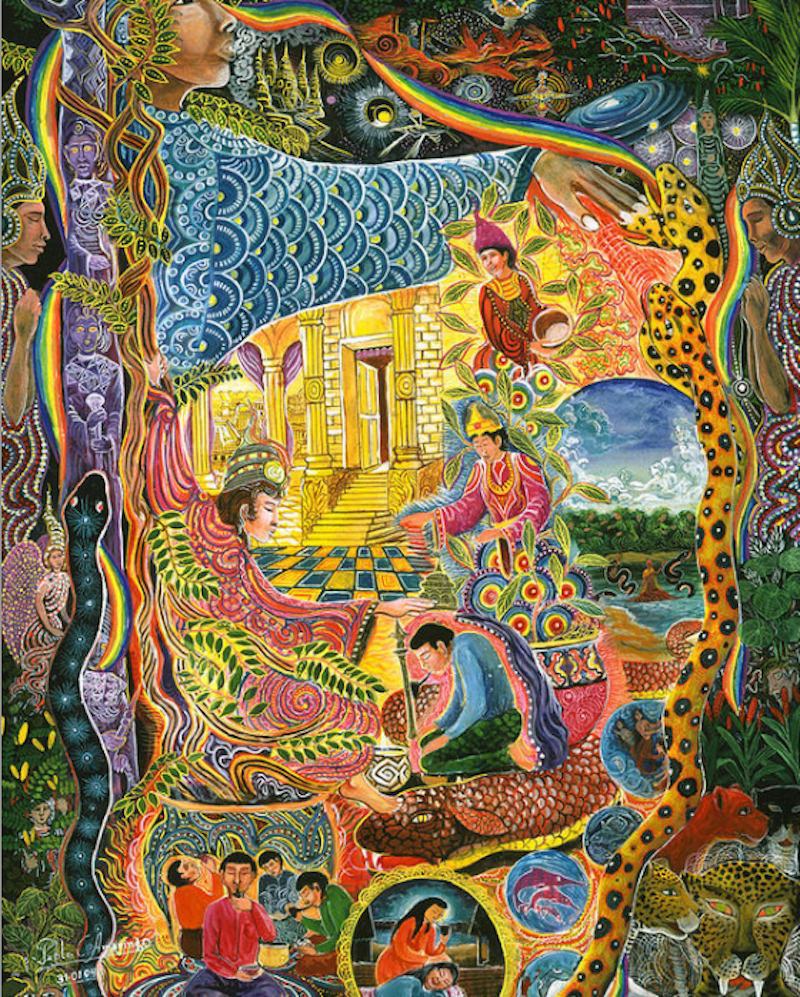 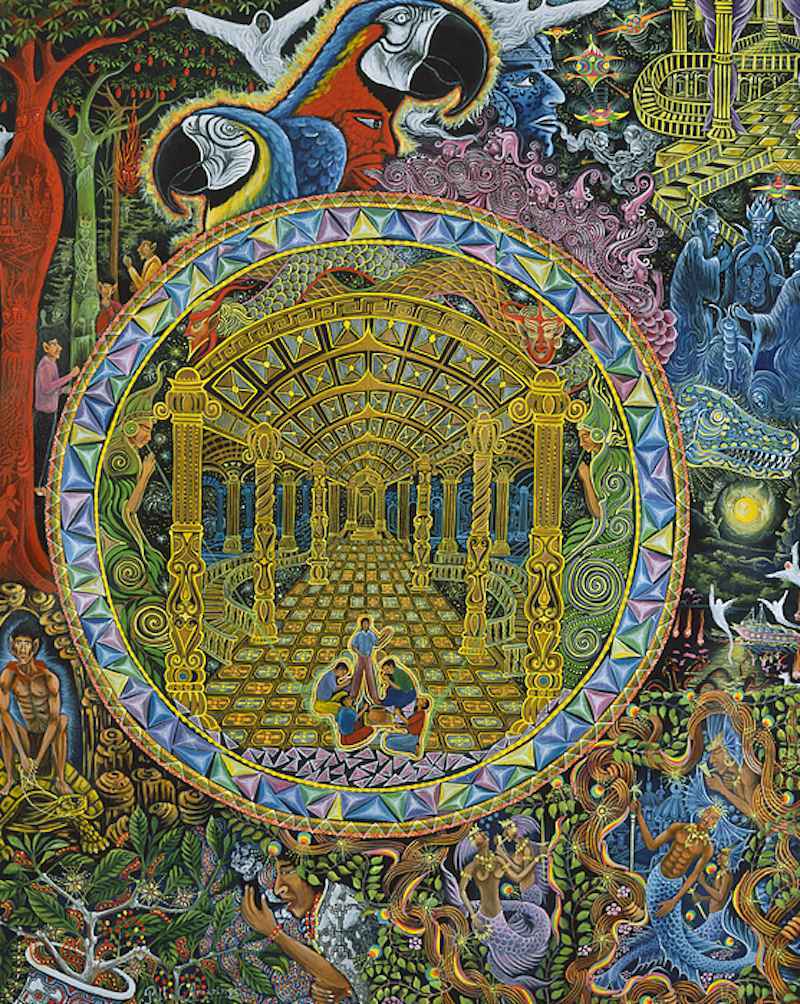 Pablo Cesar Amaringo was born the seventh of thirteen children in Puerto Libertad, a small settlement on the banks of a tributary of the Ucayali River. When Amaringo was a boy, his family were reduced to extreme poverty after some years of relative prosperity. As a result, they moved to Pucallpa, Peru, where Amaringo attended school for just two years before he was forced to find work to help support the family. He was ten years old when he first took ayahuasca. A severe heart illness at the age of 17 — and the magical treatment of this via ayahuasca — led Amaringo toward the life of a shaman, and he eventually became a powerful curandero — learning the icaros, or healing songs, that the ayahuasca brew taught him. It was while recovering from his severe illness that he started to draw and paint for the first time. Amaringo began making drawings with pencil and shading with soot from lamps. From a friend employed in a car factory he got permatex, a blue substance with which he colored the drawings. He had no money for paper so he used cardboard boxes as his canvas. Sometimes he would include a little lipstick and other cosmetics from his sisters. Later he used ink and watercolors until a friend gave him six tubes of oil paint leading to the vivid, colorful painting style he is known for today. Amaringo was first brought to the West’s attention in 1985 by Dennis McKenna and Luis Eduardo Luna, who met him in Pucallpa while traveling during work on an ethnobotanical project. At the time he was living in poverty, barely surviving by teaching English to young people from his home and selling the odd painting to passing tourists. Luna suggested he paint some of his ayahuasca visions, a project which became the basis of a co-authored book, Ayahuasca Visions: The Religious Iconography of a Peruvian Shaman. In 1988, Amaringo founded the Usko Ayar School of Painting in his hometown of Pucallpa, a school dedicated to helping children and young adults cultivate painting and drawing skills as well as learn English and develop an appreciation for the rich botanical diversity of the jungle that surrounds them. His inspiring work with children and young adults led to his being honored with the Global 500 award from the United Nations environmental program in 1992. Pablo Amaringo’s latest volume, The Ayahuasca Visions of Pablo Amaringo was published posthumously. 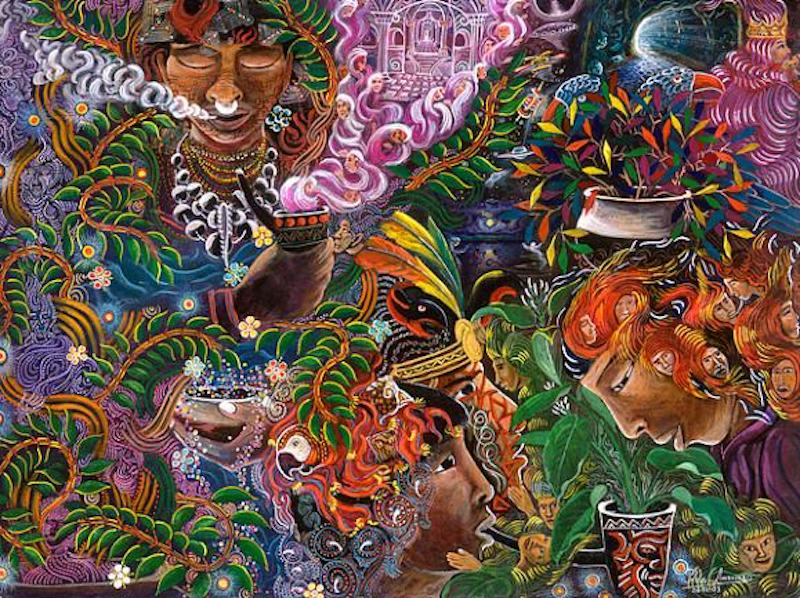